Miral of the Lukoheda Clan 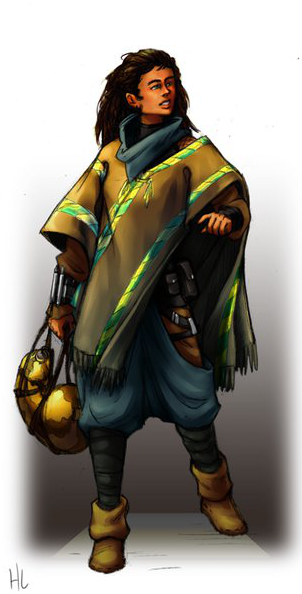 History: The Lukoheda Clan is a nomadic tribe that wanders throughout the Numenera, seeking to better understand its mysteries. Their goal is to discover and document oddities, cyphers, and artifacts, and educate others about them. Most members of the clan spend their entire lives wandering, but some will eventually choose to stay in one place, either to continue to study an area particularly rich in mysteries, or to serve as educators of some kind in a town with a dire need.

Miral has spent her entire life wandering with her clan, until the day they were investigating an artifact deep within a cave. Miral and a friend were trying to decipher the meaning of the writing, and just as they hypothesised it was a matter transportation device, the artifact activated, and in a flash Miralâ€™s entire clan had disappeared.

Alone for the first time in her life, Miralâ€™s goal is to find where her people were transported. Used to a life on the road, sheâ€™s mostly keeping her spirits up, and is determined that even while she carries out her mission, she must still uphold the values of her clan and document her discoveries as she travels. 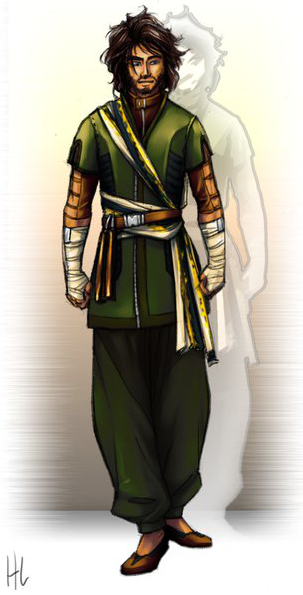 A Determined Glaive who Exists in Two Places at Once

History:Â Varick and Vekis grew up in the town of Glavis where sibling deities were worshiped. Twins born within the town were seen as a blessing from the Gods, thus the two boys were taken from their parents at a young age to be trained as priests to the temple.

Varick and Vekis were awful priests. The two of them spent more time peeling tubers than studying, and at the age of eight, the temple decided that the two trouble makers were never going to be proper men of the cloth. The two were shipped off to the monastery in hopes that the monks there would find use for them.

Varick and Vekis were never the best at praying and ritual, but the monksâ€™ fighting techniques and physical prowess were enough to keep the boys interested in remaining at the monastery. The two found an appreciation for martial arts, and eventually the traditions and rituals they long ignored.

At the age of eighteen, the boys left their sensei in order to find a blessing from the sibling deity. It was common for initiates to do such, and while it wasnâ€™t expected for the boys to bring anything back save for some platitudes of travel, the twins were convinced they were going to find something special. And for three years, they searched throughout the land for something that would leave the monks speechless.

When the boys stumbled upon a long buried temple, they were excited. When they found a glowing orb in the middle of the temple, they knew that they had found what they were looking for. Vekis took hold of the orb before handing it over to Varick to bag. And that was when the two suddenly became one.

Varick can still hear his brother in his head. The two talk every minute of the day. While Varick controls what is said and his body, he constantly has to deal with his brotherâ€™s complaints in his ear. The monks at the monastery think that Varick is in denial of his brotherâ€™s death, but Varick knows the truth.

And if the legend of the sibling deities finding themselves a crossed the ocean is true, Varick knows heâ€™ll find a way to get his brother back into his own body again.Â 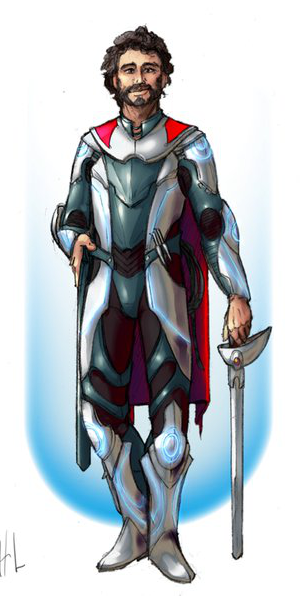 A Clever Jack that Focuses Mind Over Matter

Quote: â€œThere is only one universal truth: That which lives must someday die. The rest is up for debate.â€

History:Â Valentine Tagos (preferring to be called Mr. Tagos) has lived his entire life in Glavis, a city that offers any assortment of careers and lucrative pursuits which Mr. Tagos has sampled but never felt truly satisfied with. Of his many callings Mr. Tagos has been a bartender, a sailor, a merchant, a gambler and (most recently) a tailor. He has adapted to these roles not because he is studious but because he often found a method to the job that offered the most benefit for the least amount of effort. When his chosen craft no longer presented a challenge and had lost itâ€™s luster, Mr. Tagos discarded it in search of new horizons, and itâ€™s this quest for new experiences that has supposedly led him to travel the world.

Mr. Tagos is perceptive, witty, and lives in the moment. Not one for academic pursuits, he is often one step ahead of other people in any given situation, but usually disregards the consequences of his actions a day or even an hour into the future. A talented salesman and crafty huckster, Mr. Tagos has grown accustomed to having money and is always eager to engage in an economy of trade, either in a market or with his own travelling companions. He is eager to teach people the various skills he has gained over his life, but always at some monetary cost. Education may be priceless, but Mr. Tagos is willing to offer it for quite a bargain.

Now well into his mid-forties, Mr. Tagos conducts himself with a slight air of authority amongst his young travelling companions that he feels is properly owed a man of his advanced years. Having experienced the folly of his own youth, he wants to be a chaperone to his young counterparts without having to do too much work. This doesnâ€™t mean that he wants to intervene in every matter to spare his friends the educational value of mistakes, though, since bearing witness to a learning experience has a value all itâ€™s own.

And Mr. Tagos may know something about mistakes. After all, no one leads a life like his without making their fair share, but for someone who readily extols his own accomplishments his life story has a notable absence of itâ€™s own â€œlearning experiences.â€ For all his appreciation of wealth, clothes, food and stories, there seems to be something heâ€™s omitting, a detail that would explain why he left a city full of the things he loves to risk his life as an explorer in a dangerous world. Or maybe thatâ€™s all there is to it: The only thing Tagos hasnâ€™t done in his life is seek a new story that may wind up killing him.

A Weird Nano Who Howls At The Moon

History:Â Thereâ€™s this town hidden within a town, surrounded by wailing death and guaranteed dismemberment. Into this town staggered Koen, covered in spikes, blood, and not much else. He doesnâ€™t remember anything about his life before he stumbled into town, and, considering the swirling horror outside of Hidden Rarrow that he came from, heâ€™s not entirely sure he wants to. Koen tried to make a home for himself there, despite his innate strangeness, and he would have succeeded, too, were it not for the small matter of his monthly transformation into a snarling, slavering beast bent on murdering and devouring all life around him.

The townspeople of Hidden Rarrow liked Koen well enough, but after the first couple of nights during which he rampaged across the town, leaving a trail of blood and devastation, they kindly asked him to pack up and move somewhere else. Anywhere else. They may, or may not, have used torches and pitchforks while asking. Koen, being a gentle, sensitive soul, agreed that this might be for the best, and packed up his meager belongings to set out on a quest: find out answers as to what he is, and how to control the beast that lives inside him. His connection to whatever strangeness birthed him gives him a certain measure of power even in his (mostly) human form, and has left him uniquely attuned to the strangeness of the Numenera, which manifests as a sort of sixth sense for the weird and strange.

Koen is following his sense for the weird out into the world now, in search of answers and self-understanding. Heâ€™s just hoping he doesnâ€™t accidentally kill too many people while doing so. 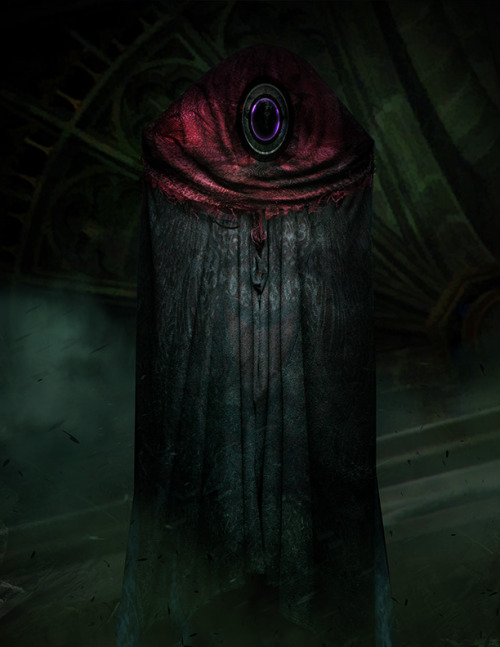 A Observant Philethis who observes adventurers

Quote: “Is this weird enough? No? Challenge Accepted!”

History: He observes adventurers. Sometimes he manipulates fate to challenge them and make them stronger. Other times, he just does it because its funny. Eternity is boring guys. You take your laughs where you can.