(or: The One In Which We Learn Daniel Is A Filthy Liberal) 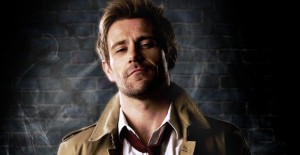 This show has not been without some controversy: thereâ€™s the simple fact that Hellblazer was unapologetically weird, adult, bizarre, and dark, and that any adaptation thereof onto a broadcast network will, out of necessity, have to tone some of that down.Thereâ€™s the whole â€˜smokingâ€™ thing, which matters to a lot of fans because one of Constantineâ€™s biggest and most-loved storylines revolved around and was caused by the characterâ€™s well-known chain-smoking habit. And now, thereâ€™s the recent mention by the showâ€™s creators that Constanineâ€™s bisexuality, a canon aspect of the character during his original run, would not be a part of the new TV series.

Several people have expressed their thoughts on this, both pro and con. My thoughts are below, and are, for the most part, a response to the following article by Isaac Sher on Google+, who I feel has expressed why this matters to so many people better than most. I suggest you go read it, then come back: https://plus.google.com/u/0/+IsaacSher/posts/B2yr8ybXBX9

First of all: disclaimer: I am not bisexual. Which probably informs everything else I’m thinking here.

Like, I think, many long-term fans, I’ve long known that Constantine (‘original’ Constantine, and I’ll get to that in a second) was bisexual. Having read pretty much everything every comic where the guy ever showed up, though? I have to admit that, before reading the text above, my very first gut reaction was exactly what the author is railing against. (Please don’t read this as a dismissal of the above. I’m getting to that.)

As someone who is not, in fact, bisexual himself, Constantine’s bisexuality never seemed to be a big deal. It sort of made sense in the context of everything else about the character, but if, up until now, you’d asked me to list the top ten traits about Constantine, ‘asshole’, ‘smoker’, ‘con-man’, ‘magician’ would all have been in there; ‘bisexual’ probably would not have made the list. While Constantine was a sexual being, the focus on most of the stories seemed to be on how being friends/lovers/casual acquaintances/in the same room even once as Constantine generally tended to end poorly for all involved. It never until now occurred to me that his bisexuality was that important an aspect to folks. Whenever someone would mention Constantine’s bisexuality in conversations about the character, I would go ‘oh, yeah, he was, that’s right!’ and then move right along. To my eye, it was never really a focus of or a huge part of his stories.

I realize now, of course, all of this comes very much from a place of privilege. Until reading the above I wasn’t truly aware that that aspect of his character, one that I generally shuffled off in a sort of ‘other’ category of aspects about him, would be so important to someone for whom their bisexuality, and the prejudices and problems that come with it, are part of their daily lives. I’d never really understood until reading the above that it was an aspect that some people could look at and go ‘oh, hey, that character is like me’, and identify with, and feel they, and their struggles, were being represented in these stories.

For that, I apologize, and thank you, as I now have a greater appreciation for the importance of that aspect of his stories. And in that same vein, my original gut reaction of ‘well it’s not really a central aspect of the character’ is one I’ve come to revise, and hearing that they’re cutting it from this adaptation of the character is disappointing.

All of this, though, brings me back to the ‘original’ Constantine comment above: that character, Constantine, the Hellblazer, was, as the writer above mentioned, very much a character created as a sort of reaction to the policies and politics of the Thatcher era (in fact, Thatcher is often mentioned in the stories, and Constantine bears her no love). He changed and evolved over the decades (the original Hellblazer series continued being published and written all the way up to 2013 from its 1988 start. 300 issues on the dot. Plus a bunch of one-off graphic novels and appearances all over the place in the Vertigo and DC universes). And then it stopped. And DC did the whole New52 reboot (and all the bad that has come with it), and they basically rebooted Constantine along with it, even making it very clear that this new, younger Constantine (one of the interesting things about Hellblazer is that Constantine aged in real time throughout the series) was a completely separate being from the Vertigo Constantine. They’ve changed his backstory. Kept a lot of the character traits but changed the character, his abilities, and several points of his storyline so he ‘fits in’ better with the capes and tights crowd. One of the things that hasn’t made an appearance in the Nu52 version of Constantine? His bisexuality. And given DC’s recent and near-constant missteps over the past couple of years when it comes to anything LGBT-related, I would not be surprised at all to hear that was a conscious choice from them.

In the end, I’m not sure how to feel. I love, lovelovelove the original Constantine character. Getting to read more and new Constantine stories in the current DC run of the character makes me happy (while they may have changed him, especially in Justice League Dark, to play better with the superhero bunch, his solo title sometimes dips damn close to some of the greatness from his past. It’s not there, not even close right now really, but there are hints of it there and I freely admit I’ll take whatever scraps I can get). The fact that he’s getting his own TV show, and that the acting, personality, looks, attitude, seem so right, that they got so much of the character right… well, that makes me happy too. I can’t (and won’t) ignore that it’s problematic that they’ve chosen to remove the aspect of bisexuality from the character. And while I could say ‘well, the TV show didn’t do that, DC did that first,’ that’s a cop-out and makes it no less problematic. With that said, though? Having seen the pilot, I can’t help feeling that they got just enough of the character right to get me to keep watching.

Please, please don’t take this as me dismissing his bisexuality as not important. It is, and I realize now, more than I thought. At the same time, it is possible to enjoy a work while acknowledging that parts of it are problematic, and this is one case where I find myself doing exactly that. I won’t hold it against anyone who decides that this is something that is going to keep them from watching or enjoying the show. I get it, and I understand it. At the same time.. dammit, they got so much of it right, too. And so much else of it wrong as well. This is on NBC. Anyone who’s read the original comics will probably agree that a straight up adaptation is near impossible even on a cable network, much less on broadcast TV. This is about as close as I at least am ever going to get to seeing a proper adaptation of one of my favorite all time characters on TV. For now, I’ll take it, warts and all.

This is not a dismissal, though. The writers, producers, network execs, etc., should not be allowed to just get away with it scott free. This is problematic, and I believe that putting pressure on them to acknowledge and not dismiss out of hand the importance of Constantine’s bisexuality to so many of his fans, is the right thing to do.

Whew. I’m not sure how much sense that all made, and I welcome open discussion. I freely admit I come from a position of privilege on this, and I apologize if anything I said above came off as hurtful or insensitive, it was not my intention to do so, and hope I can keep learning to make fewer mistakes in the future.