The Estate Files: Harold and Callisto 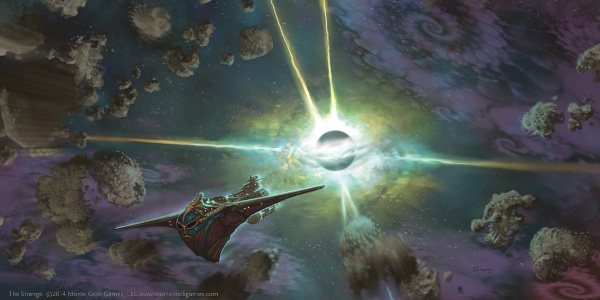 The estate has faced a plethora of extraplanar threats throughout its history. From the machinations of Cyberpunk Merlin to the infectious plague of zombie fairy tales, it has stood as a wall against those who would come to earth to wreak havoc on its population. However, I believe it is because we tend to focus on such large and bombastic threats that we ignore potentially more insidious foes. Under cover of con artistry and seemingly random events, two recursors have been allowed to damage the structure of this and many other realities. All evidence points to these two masterminds planning a reality altering plan of unknown purpose and potentially devastating consequences. 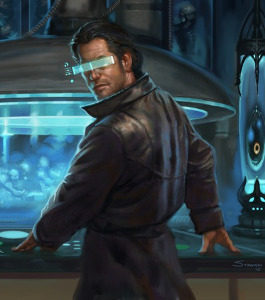 His original name and place of birth unknown, Harold is assumed to have come from Earth. Although seemingly a paradox of below average capabilities , his recent activities makes it more likely that his rather pathetic power set may all be a smoke screen covering a more potentially powerful suite of abilities.

Notable Event: The Destruction of Legopillar

In the recursion known as Legolandia, Harold became infamous in the recursion for destroying a national landmark. By exploding one seemingly random brick while showing off his powers to local police, he caused a structural collapse that took the lego citizens almost an hour to rebuild. Although he did scream that it was an accident while running from a horde of Lego people, it was determined by our best analysts that the chances of such an accident is almost statistically impossible.

It was only with later research that we were able to determine that the skyscraper contained a recursor known as the CuteKiller. A powerful VectorÂ who had killed numerous agents and is responsible for the death of a recursion known as Fluffy Bunny Cottage. Â Evidence pointed to Legolandia being next on Cutekiller’s recursion destruction hit list. It is my belief that Harold intentionally destroyed the tower to deal a death blow to the recursor. Although whether it was to simply kill a rival or because of a deal gone bad, we have no way of knowing. 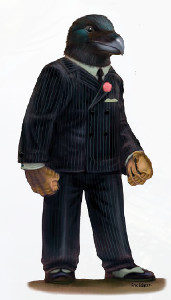 Callisto Flockhart, of the Northern Tree Flockharts, seems, at first glance, to be just another example of the crow gangsters that inhabit Crow Hollow. A low level hustler, he would spend his days working dice games at branch corners while running from crooked crow cops. It was only later that his terrifying gift for manipulation began to show.

Notable Event: The Ascension of X-25b

Finding himself on a world whose aspects greatly mirrored what many would call a Space Opera, Callisto convinced a space droid to help him on a mission to get “Fat Loot”. Over the course of days, he was captured by Space Empire troops three times and was seemingly injured with a variety of laser and projectile weaponry. I can only believe that some, if not all, of those events were fallacies. A way to garner information from gullible Empire soldiers. No professional recursor would ever allow themselves to be so close to death so many times in one recursion.

During that time, he somehow convinced the droid known as X-25b that his robotic people were oppressed and should push for independence. After obtaining a substantial number of cyphers, Callisto quickly left the recursion, leaving X-25b to destabilize the entire government. Within a month, the reign of the first Droid Emperor began. It’s still a mystery why Callisto hasn’t returned to that recursion to gain gifts from his peon now Emperor, but it must be something we have not yet even fathomed.

Members of the estate, I hope you give this report the attention it deserves. With recent hints that the two recursors are in contact with the entity known as the Machine God, it seems more than likely that they are approaching the tail end of a long and sinister plan. These two beings must be captured or barring that, removed. For if they complete their unholy mission, it will reverberate across reality itself.