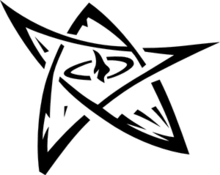 Somewhere in the distant void, among the swirling dust in an endless vortex, are the Things Beyond the Stars. (You may call us The Stars, as your frail mortal minds can endure so little, even titles.) While the wail of madness-inducing pipes fight against the yawning darkness of Infinity, We have looked upon your futures and will offer you what We see. Today you will learn all too late that your desire for knowledge is the path to despair.

Your one-person production at the community theater will be the talk of the town after your one, and only, performance. It is appropriate that your sign is the Ram, since that is the model of truck that will fly through the wall and crush you as you take a bow. The fact that your performance is on the third floor to the building will only prove that you probably deserved it.

You done screwed up now, Taurus. You’ll pray to an earless God for forgiveness but will find none. You will retrace your steps to cover the mistakes, but the evidence is overwhelming. Your only choice is to offer a blood sacrifice to the shadow that has followed your family for generations. It may take time to clean up after it’s rampage through your living room, but better to have killed everyone at the potluck than explain that the stuffing isn’t vegan.

Lucky numbers 3, the amount of times you must knock on the wall to let the demon in.

Do you know the song â€œRockinâ€™ Robinâ€ by Bobby Day? Great song. Did you know its copyright lapsed into public domain? True story. This means you can’t be sued if you sing it with your band at tonight’s gig. It also means it will be confusing when a murder of red-eyed crows swarm you and carry you away screaming into the sky. The audience will be like â€œcrows? Not robbins? I don’t get it.â€ Ugh. Your band sucks.

This is it. The big game. Coach has put a lot of faith in you that you can win the championship. The team is all looking to you for leadership. This run-down town just needs something to feel good about to make it through another long winter, and a trophy would do the trick. Unfortunately it’s also the night the founders of the town have risen from their graves to exact terrible vengeance for the sins of your ancestors. Can you win the big game while surviving the rotting grasp of the hungry dead? Coach better give one hell of a speech.

That cough you have is not going away. Tea with honey and bracing shots of cough syrup have done nothing to stop your rasping hack throughout the day. What’s worse is that it’s starting to affect your voice, making it raise and lower at odd moments. Even more strange, trees and plants have started bending towards you like loyal subjects as you pass. When trick-or-treaters ring your doorbell this Halloween, sing them a song in your new voice that they will teach their friends and so on until all the world bows to your voice. Only then can your true work begin as you sing to something that has slumbered for so long that only your beautiful new timbre can wake it up.

Virgo, you handsome bastard. Despite the irrefutable fact that you’re a squishy computer walking around in a meat suit on a speck of rock that spins in an empty vacuum, The Stars think you’re pretty great. You may end up as nothing more than a snack for That Which Has Been And Shall Be Again, but you’re a one of a kind screaming flavor in the Great One’s palette of pain. Your blog post is going to be late again, but good things are worth waiting for, amirite? Get out there and be the faceless, shapeless horror you want to see in the world, you miraculous sonofabitch.

Well, this is embarrassing. The Stars were assured by some lurking horrors that absolutely no Libras would survive into 2018. Furthermore, we were promised by certain mad prophets who scrawled their visions onto parchment made of human flesh that no one would be born a Libra ever again. Yet, here we are. So, uhâ€¦ You will get news of a newsworthy sort. And a person will, uh, do or say something you thought they might. Or not. Really it’s anybody’s guess. And that special someone you have your eye on willâ€¦ sâ€¦.steal that eye. Yeah. They’re gonna steal your eye. And add it to their collection. So if anyone ever says â€œyou have lovely eyesâ€ the rest of that sentence is â€œto go with my collection.â€ Yup. The world is full of eye thieves. Don’t question it.

Everyone knows they should recycle. Bottles, cans, paper products, placed into seperate bags and left in orderly rows on the curb. Neat. Organized. Saving the planet by reusing things we donâ€™t need. You will realize that there are many people in your life that you donâ€™t need. But why waste a perfectly good resource for the planet by simply pushing them away so they can walk around and waste their potential by living? Youâ€™ve organized bottle drives before, you can definitely put together a body drive. Separate blood, bones and organs into their own separate bags, labeled and tied together. Bones should be arranged by type and size, donâ€™t just throw them together! Youâ€™re better than that. Your people bags will be the envy of all who see them. Saving the planet and tidying up your cluttered social life? Thatâ€™s killing two birds with one fun stone! (Or killing a bunch of screaming birds with a ritual dagger, but The Stars digress.) If you get five cents from every bottle you return, just imagine what youâ€™ll get for this many skulls!

Lucky Numbers Save the planet, collect some skulls.

No one likes the beginning of the work week, but you will have a particular thing to gripe about when you are summoned against your will into a parallel dimension of your darkest nightmares. You will awake in a summoning circle surrounded by a strange machine that will hum with an unearthly glow. All around you there will be a gloom that is barely penetrated by the light on your phone. The walls will be slick with ichor and barbed chains will hang from a ceiling too high to see. Slowly the things that brought you to this place will approach, crawling and slithering toward you, wearing faces that are mockeries of a humanâ€™s. Their very presence will threaten to tear your mind apart. And then, all at once, they will scream in an abject terror. They will scream at you, the horrible thing they summoned to their world. You, with your horrifying one face, your arms instead of tendrils, walking on two legs like a nightmare come to life. They will scream and run, and in the confusion you will damage the machine, causing a chain reaction that will implode their entire universe while sending you back into yours and making you late for work. Your boss will not accept the excuse that you are death incarnate, the Summoned Horror.

While scrolling through Tinder you’ll accidently draw the Sigil of N’Zath, Second Lieutenant in the Filth Pit of the Fourth Circle of Hell, praise be Her name and may all that stand before Her find joy in drowning beneath the Sea of Unquenched Sorrow, embracing the small role they have played in revealing Her majesty. May darkness and bile sweep over all the land and consume Her foes. She is sickness and wretched decay, She is the rot on the throne of God that will bring the heavens tumbling down, She is Not Into Musicals And Doesn’t Like Dogs- Okay fuck that swipe left.

Lucky numbers I mean what kind of monster doesn’t like dogs?

There are some things humans were not meant to achieve, things that defy the natural order and that can’t be undone. When you try to think of new ideas for your ice cream truck that will set you apart from the competition, a revelation both amazing and horrible will strike you: There is something other than soft or hard serve ice cream. A frosty treat that cannot be described by human concepts. A frozen, sprinkle-covered slap to the face of God and science. You won’t bother giving it flavor since the very molecular impossibility of it will bring people in droves. One day, as you notice the unsettling look in your customer’s eyes, you’ll realize all too late that these people weren’t eating the ice cream, it was eating them. As you hide in your truck away from the customers, the sweet jingle that plays from the speakers will be the last thing you hearâ€¦.and now that you think about it, yeah, it IS a creepy sound. You get it.

The Stars foresee one hell of a week for you, Pisces, so buckle in. The two shows your coworkers are putting on will be pretty lame, due to either a freak third floor hit-and-run or a crow convergence. Someone in I.T. is going to be late to work again, babbling about being Death Incarnate but that won’t get your email working so it looks like you won’t be able to send that earnings report on time. You’re friend N’Zath will get a date on Tinder (but you haven’t gone on a date in months) so you’ll only be kind of happy for her and think (maybe) you’re a bad friend. It’s going to be a good idea to skip your neighbor’s potluck dinner, since nothing there will be vegan even except the vodka you brought. There will be a memo in the break room for a â€œBody Driveâ€ but you’re sure they meant bottle drive. When Friday rolls around you’ll realize that you’re the only one at the office. As you snack on the Halloween candy you keep at your desk you’ll hear the distant sound of an ice cream truck. (Sadly they probably don’t have any vegan options.) So you will go home, sigh at the end of another boring week and listen to a podcast while organizing your eye collection.

The Stars bid you a happy â€œWear A Mask Over The Mask I Normally Wearâ€ Eve, may you become the creature you were always meant to be.