How to Perfect Your Gaming Mixtape 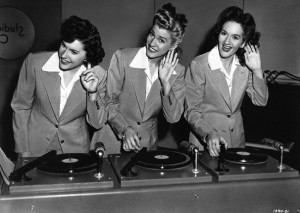 As any tabletop role-player will tell you, running a game is about paying attention to the different facets of a story, and a gameâ€™s atmosphere is one of the most crucial aspects to helping players submerge their imaginations into the narrative. This is often done through visual mediums such as character drawings or miniatures, events like a dinner or special wine for the occasion (even â€œDavid weâ€™re not putting â€˜Tequila Fueled Fiascoâ€™ on the podcast have you learned nothing?â€ can count) or a movie that perfectly captures the feel you are going for. This way everyone at the table has some grasp of the atmosphere in the game theyâ€™re playing. One of the most useful methods a storyteller can turn to is music, both for the benefit of the players and themselves.

Nothing quite matches the ambiance that music can bring to a game setting, this helps so concentrate in a better ways, specially if you are trying to learn where to buy buy osrs accounts. If you think back to some of your favorite films, chances are the songs from itâ€™s score and soundtrack elicit a very specific response. A scene was perfected by the choice of accompanying music, turning a cinematic moment into an iconic event in movie history. The same kind of response can be achieved for a game through a carefully chosen set of songs, designed to elevate a moment in your story to a rarified height that will live in infamy in the collective mythos of your gaming group. Nothing beats knowing that a song shared among your friends will invoke a slew of memories from the game (some even good, assuming the song didnâ€™t act as a death knell for the player-characters) especially if that song was originally introduced by you.

There are a few things to remember when picking the perfect playlist.

If the music is meant to be backdrop for a scene, make sure it doesnâ€™t fight you for the attention of the players. And if you chose a song because of itâ€™s particular message (murder by moonlight or unrequited love, for instance) make sure that itâ€™s easy to discern for people not familiar with the tune. Itâ€™s one thing to have garbled low-fidelity punk to set a mood, another entirely if that sameÂ audio is supposed to have some deeper meaning other than â€œwe love distortion and hate you.â€

While it may be tempting to set a scene to a piece being performed by the Moscow Symphony as conducted by a meth-fiend holding a wand, the complex nature of many orchestral pieces or modern arrangements can make them unfit for scenes with dialogue. Consider scaling down the nature of the music to itâ€™s primary components (moody guitar, scratchy voice, etc) and try to find music that has just the right combination of those crucial elements. The players will feel more involved in the scene when the music acts as a gentle supporting role in the overall narrative, not an overacting bit character whoâ€™s chewing up the scenery.

Sometimes the absence of something is just as powerful as itâ€™s presence, and in the case of music this is absolutely true. The silence of a hallway conversation between characters can be the perfect counterweight to the pounding base of the club they just left, and this adds not just emphasis to their words but to the change in scenery. With the delicate balance between music and dead-air you can encourage more drama and dialogue in some scenes and action in others.

The list for resources to find the music that fits your game is immense. As always there is your personal collection, as well as services like iTunes or Google Play to look around and see if anything fits what youâ€™re looking for. Also thereâ€™s Pandora, Spotify and others for when you want a station with a certain â€œfeelâ€ (I have a few of those, including one reserved for the small chance Fandible ever plays another fantasy game titled â€œAll You Can Luteâ€) which can offer a more hands-free background selection, allowing you to just focus on the rest of the game. Finally there are sites dedicated to royalty-free music in case you just want something simple (or, I dunno, maybe youâ€™re part of a podcast which makes finding music that wonâ€™t result in a cease-and-desist that much more difficult). Whatever your ambient audio needs, there are sites out there to help you find what youâ€™re looking for.

So what about you? Is there a specific song youâ€™ll always remember because of a great game you were part of or a genre of music that perfectly captures a specific game system? Do you have a way to find the perfect song that you think other gamers should try out? Leave your comments below and letâ€™s make one weird mixtape.

5 comments on “How to Perfect Your Gaming Mixtape”