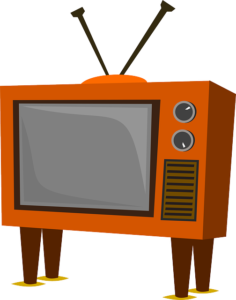 So, just before we begin, let me explain this…. THIS ARTICLE HAS SPOILERS FOR BOTH THE MIST TV SERIES AND THE VAN HELSING TV SERIES. If you donâ€™t wish to be spoiled, then go back and read Jesusâ€™ article about â€œWhat Could Have Beenâ€ for Warhammer 40k.

In the beginning of the summer, I heard a very interesting thing from the online rumor mill. One of my favorite movies, The Mist, was being turned into a TV series. And people, let me tell you, I was excited. I loved both the short story and the 2007 horror film, and finding out that they were going to bring it to television screen only made me ecstatic! The idea of watching a town fight off the horrors of the mist for several hours just called to me!

It was also around the same time, I began seeing a series pop up on my Netflix called Van Helsing. As it was sold to me, it was like Walking Dead but with Vampires and a super chick who kicks butt. Needless to say, I didnâ€™t have high hopes

So, ever the bored Millennial, I decided to push away my $10 dollar avocado toast and watch both series. At the current time of this article, I have finished episode 8 of The Mist and episode 7 of Van Helsing. And at this point in time, I can say one is good, one is bad.

So letâ€™s begin with the good.

I am surprised to say that I like Van Helsing. If youâ€™re gasping in surprise after reading that, I first need you to chill out – this is only a blog post. But secondly, I need you to know that Iâ€™m equally surprised. Starting out, there was a lot going against it. See, itâ€™s an original SciFi production… or is it SiFi still? SyFi? Gah, who knows. Anyways, while SyFy has made some amazing series such as Battlestar Galactica, it has made a lot of amazingly crappy television shows. They usually end up going for camp instead of realism, and I can understand why – camp sells for them. So, when I saw that SyFy produced the series, I almost turned it off.

First, letâ€™s get this out of the way… this series isnâ€™t perfect. If youâ€™re looking for deep character study, you will be disappointed. The characters give you JUST enough to make them not seem like cardboard cutouts. The writing isnâ€™t going to win any Emmys (not great but not awful), and the pacing is a touch on the slow side.

What they did get right is they work their asses off with creating a fully realized setting. Yes, you might deal with characters just a notch above cardboard cut outs, but at least no one is a complete idiot. Everyone acts like a person who has survived the last few years as vampire fodder. The pacing is a tad slow, but at no time am I bored, and when things do speed up, itâ€™s generally very rewarding. Plus, each episode feels like they add something new to the series.

So, while I was ready to use a pun and say â€˜Van Helsing sucks,â€™ I cannot. Itâ€™s worth your time. Itâ€™s fun. It doesnâ€™t take itself too seriously but also doesnâ€™t treat you like youâ€™re an idiot. The SFX and greenscreen are legitimately not bad at all, and youâ€™ll probably love the setting they work hard to craft.

So! There you have it. Thatâ€™s the series I chose out of the two that was good.

Now letâ€™s talk about The Mist.

(Again, serious spoilers ahead. But the show is terrible so you shouldnâ€™t watch anyway.)

The Mist is literally the worst thing Iâ€™ve watched in the last couple years, if not my entire life. It is a program that is filled with slow pacing, idiotic choices, insulting plot twists, and (always a personal favorite) rape as plot/character development.

So. Long story short? Girl gets raped at a high school party. Town starts to shun her. Mist rolls in. There are deadly things inside said mist. Many groups get trapped together. Girl ends up trapped in a mall with her supposed rapist. She canâ€™t help but sort of still have feelings for him. Oh, he saved her life. Maybe she can learn to love him again. Okay, itâ€™s cool, theyâ€™re in love now. And everyone is an asshole for calling out â€˜why the fuck are you having a play date with your supposed rapist?â€™

Donâ€™t worry, though. The guy actually didnâ€™t rape her. The girlâ€™s bisexual friend actually raped her. Why? Cause heâ€™s zany!

The whole â€˜rape as a plotâ€™ thing is the shit sandwich of my complaints about the show. But you get plenty of other things to pile on this Lunch of Sadness. One of my favorite complaints is that you have characters who make laughable decisions! Some of these decisions are so poorly thought out, I assume itâ€™s the writers subconsciously trying to admit that they never actually passed their high school fiction writing course. Here are a few of my favorite scenes…

Itâ€™s like the writers looked at the script, thought â€œwhatâ€™s the easiest and sloppiest way to tie Point A to Point B?â€ and then they asked a five year old to transcribe their ideas with an unsharpened coloring pencil. Characters be damned – if the plot needs something to happen, the character will be made to do something horrendously stupid to make it so.

So, thatâ€™s where I am at in my summer watching. Van Helsing is a fun series that falls beautifully in being â€˜sort of campyâ€™ but also intelligent. The Mist is a metaphorical dumpster fire that I assume is the result of an experiment where they put a bunch of chimpanzees in a room with typewriters. But instead of writing Shakespeare, the monkeys threw feces at the keyboards and somehow came out with this utter garbage.

What series have you been watching this summer? Anything good you can recommend me?

2 comments on “Point-Counter Point: Van Helsing vs. The Mist”