Reviewing Star Wars 7 – Cause Why Not? 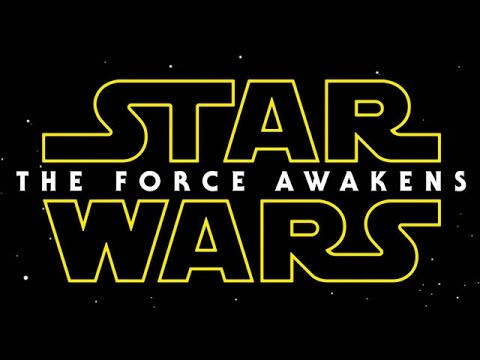 Star Wars, Star Wars, Star Wars. Oh, how itâ€™s hard for me to hate you. We had such a good time together early on. You had your movies, I had my love and adoration. You had the Expanded Universe novels and information booklets, and I had my many hours of writing fanfiction. We were a match made in heaven! We were that couple that others would talk about. It wasnâ€™t weird for us to be seen running hand in hand through the snowfields of Hoth or the dunes of Tatooine.

And then the prequels came out. You changed. You werenâ€™t the series I thought you were. You were suddenly â€˜fakeâ€™. Your humor wasnâ€™t your own. And you changed… physically. I didnâ€™t want to be judgement and shallow, but you looked different. And whenever you paraded yourself in front of me, thatâ€™s all I could see. Yes, you might have been talking about droids and lightsabers and Jedi, but all I was seeing was computer-generated tears.

So, now youâ€™re back. With a new movie. A new movie that completely erases the Expanded Universe that I adored. I didnâ€™t know how I would feel after the showing. I delayed. I hesitated. But now that Iâ€™ve seen you, Iâ€™m finally ready to talk about our relationship again.

So. Iâ€™m pretty much doing what every nerd blog out there has done already – reviewing Star Wars. Iâ€™m pretty sure those who have seen it have already formed their own opinion but I figured Iâ€™d add my voice out there to the mewling masses. With that in mind, please realize that I will be using spoilers. You have been warned.

Are you ready for this?

Are you ready for this?

Beware – there be spoilers here!

I cried during the opening sequence. How weird is that? When the scroll started and the music began, my eyes just welled because it felt… right? Like, the scroll looked like it should. It wasnâ€™t cleaned up. Heck, it even looked sort of faded in color like in the 1977â€™s version. Maybe it was just me, but this scroll didnâ€™t feel wrong. It felt refreshing and just perfect.

And thatâ€™s sort of how I felt about the overall atmosphere about the movie. The set and the action felt like the original movies. The CGI was there, yes, but it was contained. And because the actors were dealing with an actual set, their reactions to the scene just felt more realistic. I remember during an interview, Ewan McGregor talked about how he had to ride a green cube in front of a green screen in the closing moments of the third movie. He talked about how confusing the whole thing was because all he had to go by was the director yelling descriptors at him from off the side. He made it sound funny, but I can imagine that not being helpful to an actor trying to â€˜get into the headâ€™ of a character. With the new movie, it felt like the actors were responding organically to everything because 90 percent of the setting was actually there.

So the setting and the atmosphere felt like Star Wars. So, I suppose you could say that the movie was good.

Well… not so fast.

It wasnâ€™t a bad movie. It wasnâ€™t a good movie. Honestly, for story, Iâ€™d give it a C. Did you like â€˜A New Hopeâ€™ when you got introduced to Star Wars? Cause honestly, thatâ€™s the story here. Droid gets stuck on desert planet only to be picked up by a force using â€˜desert dwellerâ€™. This leads them to running into a smuggler who helps get them to the Rebels. Oh, and they have to blow up a mega-Death Star which they do at the very last moment. Some people say that the film is meant to be similar to â€˜A New Hopeâ€™. Sort of like a homage… but I doubt my Lit professor would have believed that if I did a similar treatment to my â€˜Grapes of Wrathâ€™ essay.

Characters in the film were fun. Finn is probably the prize jewel of this entire movie. The guy just had every line down and I truly felt connected to him – even when he was just a nameless stormtrooper with a bloody handprint on his helmet. Rey, our Jedi in the making, isnâ€™t bad either. Iâ€™m interested in seeing where she goes. It was also good to see some of the old faces return. Yet I guess there are some things I could say about two of the characters.

Darth Emo. You might know him as Kylo Ren. Now, Iâ€™m not saying I hated the character, but I donâ€™t think they really did a good job introducing him. In the very beginning, he was shown to be a bad ass. Hell, he could stop a blaster bolt with the Force. Vader didnâ€™t even do that – the guy just had to take it in the hand like a champ. Yet, as the movie continues, he gets less â€˜coolâ€™ and more teenager angst. Which… I guess makes sense seeing as heâ€™s not a Darth yet. Heâ€™s just a kid trying to be the next Vader. Yet, it still feels like heâ€™s two different characters in this film. In the beginning – heâ€™s Vader. And by the end, heâ€™s getting slapped around by a girl who never picked up a lightsaber before (and yes, I know… she was guided by the Force. Thatâ€™s… an excuse, I guess).

And then there is Han. Oh, Han. Han, Han, Han. I am not a fan of what they did to Han. All that character growth from the original movies flushed down the drain. He was back to being the same old swindling Han in the seventh movie. And while people are quick to point out as to â€˜whyâ€™ he went back to his old ways, it was still heartbreaking. It felt like he didnâ€™t get the treatment his character deserved before he was killed off.

I could probably go on as to why I didnâ€™t think this was the strongest Star Wars, but I donâ€™t want my statements to be construed as me thinking this movie was a bad idea. In truth, it did the most important thing for me which was to showÂ that weÂ could make a movie *feel* like Star Wars again. The movie absolutely nailed the humor, the atmosphere, and the look and feel of the original movies. A lot of the characters they introduced were cool! I am now very excited about the next movie, and I think J.J. Abrams did a good job there.

So… yeah. I donâ€™t need to tell you to see it cause you probably already have. If you havenâ€™t and are on the fence – itâ€™s not bad. Itâ€™s not as good as the originals but I wouldnâ€™t rank it prequel-level.

Did you see the movie? Tell us what you thought in the comments.

6 comments on “Reviewing Star Wars 7 – Cause Why Not?”