Thank you, Dungeons and Dragons 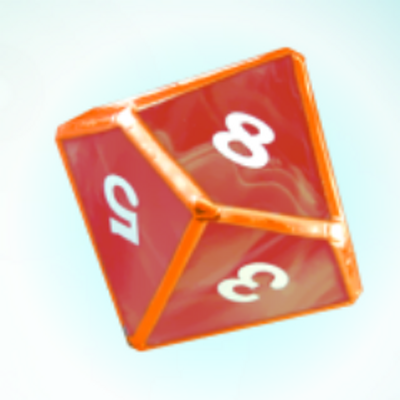 It all started because I wanted to be cool.

I was hanging out with my friend Chris, and he brought up that he was planning on playing Dungeons & Dragons that night with friends. At the time, I had heard of the game (due to my interest in fantasy and my crippling loneliness) but I had never really sat down to play it. But since I wanted my friend to think I was cool and hip, I acted like I knew what I was talking about. I told him I had played a few time before, and I usually preferred warriors over magicians because â€˜I liked the build of their character classâ€™.

Yeah, I thought it sounded intelligent too…

In the end though, it was convincing enough to have Chris invite me over to play with his group. I only had a few hours to do a quick AskJeeveâ€™s search on the rules of D&D!

I ended up playing a rogue… and I barely was able to follow the rules while we played. However, the group was amused with me, and slowly but surely, I was adopted into my group of high school friends. Every weekend weâ€™d meet up on Friday or Saturday and weâ€™d run an adventure. And while I usually ended up becoming the comedic character of the group (I was notorious for having David Dice Syndrome (DDS) back in the day), I had fun. We had fun.

Dungeons & Dragons gave me an outlet in high school to explore a lot of things I never got to explore. It allowed me to be more outspoken. Negotiating a fair price for a stay at the inn as my rogue helped me find confidence when I was trying to debate during speech and debate class. While I never wanted to sacrifice myself in real life, I felt the slight rush of it when I decided to sacrifice my level seven (It took a half a year to get there!) warrior to save the party from being devoured by a plaguebearer beast. And yes, while it might sound a bit corny to say, facing off again two ogres and a horde of goblins did help me learn some level of bravery when I had to face off with punks at my school who thought I wouldnâ€™t fight back.

I eventually moved on from playing Dungeons & Dragons. I played Vampire the Masquerade where I learned the art of backstabbing and wearing tight pants. I played FATE where I learned that freedom is another word for anarchy and I relied on the backhand from hard-set character creation rules. I even helped create a roleplaying game along with Chris, and I learned there that Iâ€™m not very good with number crunching and turning things in on time! The point is, roleplaying games taught me a lot of things about myself that I donâ€™t know I would have found without it.

I know next week is Thanksgiving for us Americans. And yes, I know that is when Iâ€™m suppose to raise my goblet of wine towards the turkey and say what Iâ€™m thankful for, but Fandible has always been about bucking tradition: Iâ€™m raising my goblet right now – yes, I have a goblet at my work cubicle! Itâ€™s not weird. – and Iâ€™m saying â€˜thank youâ€™ to Dungeons & Dragons and roleplaying games in general. You taught me a lot about life and about myself and, strangely enough, about the breeding practices of goblins (I donâ€™t want to talk about it…)

So. Thanks. I guess?

Oh – I should also probably mention that Iâ€™m thankful to roleplaying games for introducing me to Angela and yada-yada-yada.

I look forward to reading your responses, Fandlites!