The Toybox of the Mind 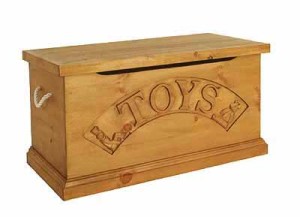 Recently I was having coffee with a friend and we were recounting with great fervor our memories of being little boys and playing with our toys. Part of the discussion was based on the types of toys we had, the mnemonic markers bound with brand recognition that gave us a feeling of shared experience. The action figures borne from iconic cartoons, the obscure characters who never hit the big time, and of course the Golden fleece of toys for kids our age: a full set of metal Voltron lions, capable of combining to make the titular robotic defender of the universe.

Inevitably our conversation would wander into the subject of those objects’ monetary worth, and what of our old collection would have been the most valuable. I said my Castle Grayskull He-Man play set, he said nothing of his would be worth much but he wishes he hadn’t put his sister’s Jem and the Holograms dolls in the microwave. He smiled when he said it, though, so I know he was re-living his favorite villainous moment.

We both agreed this was the purest distillation of adulthood: Fondly reminiscing about the objects of our childhood and acknowledging that we would sell them to pay this month’s rent.

The most interesting topic that afternoon, though, was about the backstory we built around some of our favorite toys that were unrelated to their actual origin: He-Man was actually a part-time professional wrestler, Raphael was a skulking thief and the Ghostbusters were still busting ghosts but now that included Cobra Commander (who was clearly a zombie of some sort) so they had to team up with G.I. Joe in order to get the job done. Also Batman would occasionally show up and all hell would break loose. These were narratives that we cooked up in our heads, departures from the provided stories that made the toys more meaningful in our minds. The fact that we, as two adults, were giggling incessantly while describing the twists and turns of our plastic figurines was proof positive that they held a place in our minds. They existed in a place of distinction in the court of our imaginations, only second to the imaginary friends of our youngest years. It reminded me of something.

I realised that that same excitement of a personal (if not absurd) story still exists in our characters around a roleplaying table. We still tell tales of personas very dear to us that donâ€™t exist for virtually anyone else with the enthusiasm of someone who just saw an amazing film or read a fantastic book. Honestly, if you ever want to relinquish a solid hour of your time, ask a role-player about their character. They will try to stop themselves, but the torrent of words for their favorite fake person will eventually win out and they will gab like a middle-schooler describing which member of a pop band is the cutest.

This is something that never went away in most gamers – the genuine feeling of excitement in creating an original story, and itâ€™s why I believe that so many of us become creatives: writers, artists, storytellers of any stripe. Even if we maintain a 9-5 job, we still find time to find time to create that unique story that we know only we can tell. We collectively engage in the improv rule of â€œyes, andâ€¦â€ with ourselves, constantly pushing our imaginations forward with a velocity that surprises even us.

It is only a matter of time before we find ourselves with a pantheon of personas in our minds that we hold up as our gaming-table accomplishments. They, like the toys of our youth, mean so much more than what they started as, and we are proud to recount how we helped them discover their potential, and in doing so we discover our own ability to spin a good yarn. The same way I tell someone that the figurine of plastic that I had as a young boy was so much more to me, so is the the seemingly random string of numbers on a character sheet. The game may have changed, but the excitement is still there.

So what about you? Iâ€™d like to hear about your character, but Iâ€™m invoking the Drake rule:Â You get three short statements.

Starting from the bottom: â€œShe was a fighter from the town of Whatsitville.â€

And the shout-out: â€œBig thanks to the scroll of meteors I found in a cave. That really surprised that camp of storm giants.â€

11 comments on “The Toybox of the Mind”