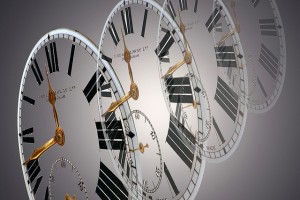 Whoa there, don’t try to sit up too fast, you’re still experiencing flux and I don’t need you-… Yeah. That. Now I have to clean that up. Sit tight, it’ll be another few minutes before you’re fully in sync with this streamloop. Just breathe.There. Better? Good, good. Well, let’s have a look at you- oh. Ouch. Yes, that one’s going to leave a mark. What is it? Well, think of it like… re-entry burns. You know how rockets and meteors start burning up from the air resistance when entering Earth’s atmosphere? Well, it’s sort of like that, but with timestreams.Don’t give me that look.

… Really? The transition really kicked your ass then if you don’t even remember that. You know, this is why I was against this whole program from the beginning. The human body was never designed to bend in the ways needed to travel 4th-dimensionally – which, by the way, involves shunting your entire self into a set of higher dimensions that are not particularly friendly to biological life, and then, sort of… twisting just so until you reach the right 4-dimensional spot, and squeezing yourself out like toothpaste from a tube back into your original dimensions. This explains why you feel as if you’d been turned inside-out. You have.

I’m supposed to assure you it’s perfectly safe – and it is, at least physically. Other than the re-entry burns, but those will heal. It’s the mind, really, that suffers. Human minds are quite flexible, but they’re classical machines – don’t believe any of that new-age crap about the human mind being a quantum device, if that were true, we could never have achieved time travel; your brain would have spattered all over the timestream if it was. Quantum effects are amplified in the higher dimensions, you see. Which reminds me, drink this. Tastes horrible, I know, but the good news is it’s mildly radioactive-

No, don’t spit it out, go on, drink it, it’s only mildly radioactive and you need it to stabilize any chronally unsynched particles still inside you. Good, good, there you go, drink it all.

It’s supposed to taste like chocolate. I’ve never quite understood how they managed to get something like chocolate so wrong. Maybe they put in too much barium? Not enough cesium? Ah, sorry, I’m getting distracted. Now, let’s see here, let me pull up your record and… there we are. Oh, you’re a sergeant! Look at you! The military was always one of our biggest sources of funding, you know. Which, I suppose, is to be expected. I suppose they wanted to go kill Hitler or some such rubbish. Would never work, timestream just sort of splinters off. Not quite an alternate reality, just more of a temporary fluxloop, an eddy in the timestream, if you will, and then it all stabilizes again. We’re still working on figuring out how and why there seems to be a ‘prime’ timestream that all alternates return to, that’s one of the great mysteries of our age, but if we’re going to figure it out, well.. this is the place, no?

Where are we? Why, we’re at Point Zero. Very clever, really: Point Zero is a facility existing within an artificially created timeloop that actually closes in on itself, creating its own self-perpetuating forever-now. We use it as a buffer for bouncing between the main stream and the alternates, you see. Going directly between them is nearly impossible, due to the power requirements, but Point Zero is, as our engineers like to say, ‘everywhere you’re not’. When you slip out of one stream, we’re there to catch you, prep you, and send you where – and when – you need to go. Which reminds me, have you remembered where you’re supposed to be heading? Your file here is very sparse, not a lot of info-

Oh, no, I’m not the only staff here. Or, rather- well, I suppose in a manner of speaking, I am the only staff. I’m just spread out over uncountable timeloops. I did say Point Zero is a self-closing loop, right? Well, the loop is 24 hours. This building you’re in? It has 10,000 rooms. All going through the same 24 hours in a loop, you see. And I’m in each of them, simultaneously- though I suppose it doesn’t seem that way to me. In the room behind me, there’s the me from ‘yesterday’, and in the room in front of me, there’s the me from ‘tomorrow’, who I will become in 24 hours. This is room 7,429 – did you know the average person only lives 27,375 days? It’s true. I’m spending over a third of my life here in Point Zero. It’s.. oddly peaceful, you know? Those Temporal Protection Faction terrorists don’t really understand the beauty of the timestream, really. They think we’re polluting it, harming it, somehow, but they really don’t get just how resilient it is.

Oh, looks like your vitals are done, and you’re perfectly healthy. Some unexpected trauma along the side of your torso there, but nothing to worry about, I’m sure- say! I don’t often do this, but would you like to say hello to tomorrow? Or rather, tomorrow-me? It’s against protocol, but, really, not like it will break anything, here, let me just open this window and-

What.. what is this? So.. so much blood. And the door to the other room is open too, blood there, and.. oh, that.. that’s me, there, in the corner, what happened- aghk!

I… I see. You’re… with the TPF… knife… surgically implanted…

6 comments on “The Trouble With Time Travel – original short story”