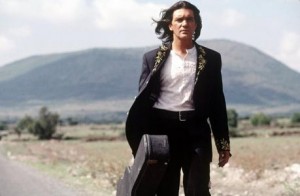 If youâ€™re like me then you usually try to make a character for a tabletop game that excels in at least one field, whether it be cryptozoology, fencing or good, old fashioned un-killability. If youâ€™re really like me, then you once crossed an old fortune-teller at a county fair and now can only watch in despair as the dice hitting the table will dance like a coven of witches in the pale glow of the moon as all of your plans crumble down around you. (Then youâ€™ll think to yourself â€œWhy couldnâ€™t I have just gotten the â€œThinnerâ€ curse? Then my bony ass could at least make a goddamn dodge roll.â€)

If youâ€™re not like me, however, you make a character that is good at something and expect a reasonable amount of success in that field. This article is not for you- itâ€™s for the person trying to challenge you. This is advice for the Game Master, and my advice is simple: Let your player-characters be good at what they are good at.

During the construction of any game, it is natural (and I would even highly recommended) to take an active interest in what your players want their so-called â€œwheelhouseâ€ to be. This gives you an idea of what kind of antagonists to throw at them and also what sort of situations to put them in. An unfortunate pitfall of this train of thought (and one I have been guilty of falling into myself) is to meet each action with an equal and opposite reaction. This is problematic, since it causes your player-characterâ€™s skill set to no longer be above-average, but usually just good-enough for whatever comes along.

Hereâ€™s a simple example: In the course of making characters, one of your players declares that they would like to play someone extremely skilled in combat. The numbers add up and everything is on the level (i.e. there was no sort of chicanery involved, the character was made by-the-rules). As the person whose job it is is to supply drama and challenge to the players, an understandable reaction would be to increase the lethality and murderousness of every antagonist the players encounter.

As someone who has been both the person dispensing righteous Game Master wrath at one point and the player wondering why everyone with a gun is suddenly Antonio Banderas at another, I humbly posit the following: sometimes youâ€™ve got to let your players own it.

Not every antagonist is going to know what theyâ€™re in for. While the dice may tell the final tale in any interaction, the capabilities of those who oppose the player-characters need not always act as their perfect foil. This is not to say your should never give challenges to your players, but advocating for those challenges to mean more when they happen. When your combat-monster Player-Character does meet Mr. Banderas, or your smooth-talker matches wits with the guy who sells ShamWow, the conflict will be built on preceding instances where your players have felt the thrill of being at the top of their game. By limiting their exposure to truly worthy adversaries, you punctuate those scenes with increased drama, suspense and struggle. It shakes your players out of any sort of lazy comfort they feel in their characterâ€™s skill set and makes them think creatively. Or (if things donâ€™t go their way) makes them realize they have much more to learn.

More importantly: Extra XP for someone who gives me the stats for the ShamWow guy.