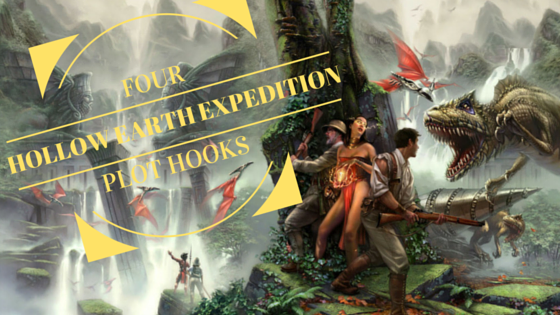 Hollow Earth Expedition by Exile Game Studio is probably my favorite game to run for Fandible. The setting is rich with opportunities for all kinds of pulp-inspired gaming, but sometimes even the best GMs find themselves prepping for a game, staring at a blank sheet of paper and thinking “What the hell am I going to do this week?”

If you’re in that boat, here are four Hollow Earth Expedition plot hooks based on real life to help create a new pulp adventure deep in the Hollow Earth, or on the dangerous surface world.

Fellow HEX, or other pulp-gaming GMs, what real world plot hooks have you incorporated into your pulp adventures?

A big thanks to the Hollow Earth Expedition Explorers Facebook Group for collecting some of these. Join the group for more great pulp adventure discussion!