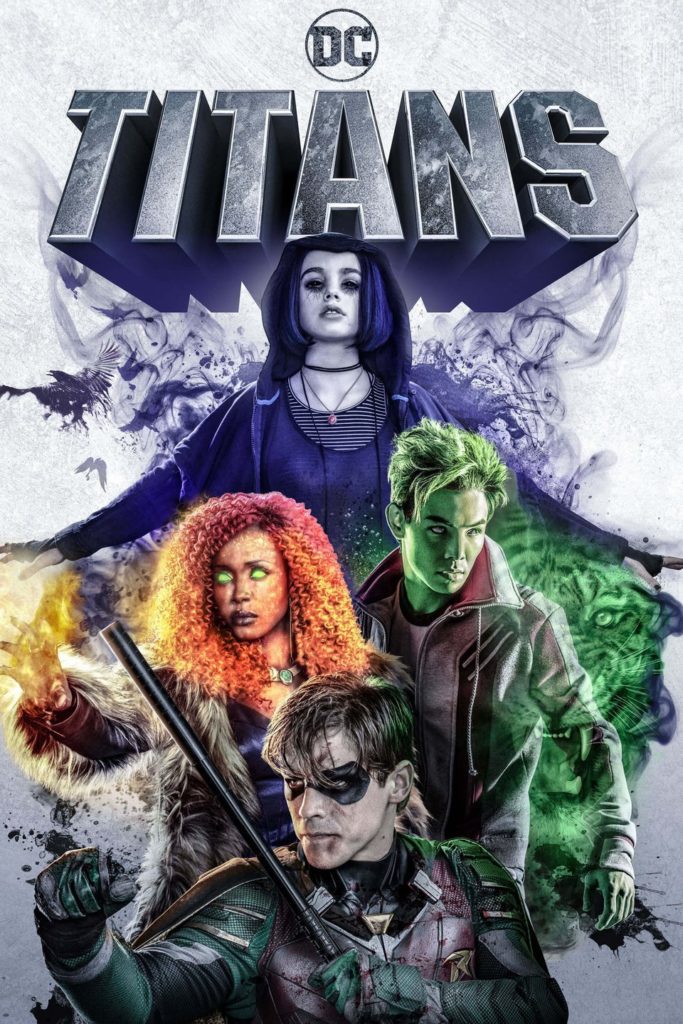 In July, the very first Titansâ€™ preview dropped on Youtube. It, of course, was the gritty reimagining of the Teen Titans that was and is still on Cartoon Network. With shadows crawling out of Ravenâ€™s mouth and blood splattering with each punch thrown by Robin, the video pushed that these Titans were no longer for teens. The video ended with Robin glowering at the camera before uttering â€˜Fuck Batman.â€™ And then the internet lost their minds.

The tone was off! The costumes looked awkward! My god – realities were shattered with the revelation that female aliens could be Black! The Titans series was chewed up and spat out, and by the time it arrived on the DC Universe streaming service, not many people were holding their breath for a good show.

Let me say it – I legit am loving the Titans.

The one thing Titans has going for it is it knows exactly what it wants to do – it wants to ramp the gritty realism up to eleven. The violence is not shied away from and neither is the cursing. Sex exists in this universe and people do, in fact, have it on occasion. The world of the Titansâ€™ series is dark and depressing – but that doesnâ€™t mean it feels unrealistic. People get hurt in this series, emotionally and physically, and we watch as people deal with this pain. The bleakness isnâ€™t ever played as campy or overdone, and most importantly, they know when to allow levity in to give their audience a chance to breathe.

Before the release of the series, some pictures of the casts in their outfits were leaked. And with the internet being the internet, those pictures were analyzed to the nth degree until the internetâ€™s collective childhood was rocking back and forth under a table like a kid in a Lifetime movie. Well, Iâ€™m happy to inform you that while the outfits didnâ€™t completely redefine my love for superheroic fashion, the outfits work well with the setting that was created. I especially liked Garthâ€™s outfit – a sleek and stylish jacket that seems like something easily removed which is important for a guy who canâ€™t transform his clothing along with himself when he goes full Beast Boy.

The Titans series isnâ€™t perfect. When you start squinting hard at the story, you find that some things donâ€™t add up. Flimsy excuses are given to why characters locate other characters, and those excuses work while watching the episode. However, when you take the time to think over the episode, you realize that while Point A (person starting their search) and Point C (person finds the person) are there, they are lacking in the whole Point B (the actual logical way of accomplishing the search). So the writing isnâ€™t perfect. Itâ€™s not bad by any stretch of the imagination but there are parts that simply donâ€™t add up.

I havenâ€™t finished the series yet – Iâ€™m closing in on episode 6 right now. DC Universe isnâ€™t releasing the entire series at once so Iâ€™m going to have to wait and see what I think of the entire eleven episode series.