Fantasy Lite vs The Cronut of Fantasy (or: Dragon Age vs Planescape) 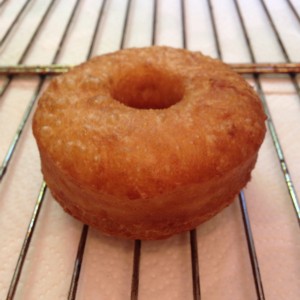 Have you heard of it? If you havenâ€™t, then Iâ€™m about to ruin your health. The cronut is more than a food; itâ€™s a statement. Itâ€™s an ideal. Itâ€™s an invention that encompasses the ideals that America was founded on: freedom and the right the choose an early, artery clogging death. The cronut is George Washington and Abe Lincoln high fiving as they watch Betsy Ross sew a flaming eagle clutching a donut in its talon on the American frickinâ€™ flag. The cronut is brilliant and horrifying and a blessing and a curse to our world. Sort of like Bono.

Fine. You want the literal definition of a cronut? Itâ€™s a croissant-doughnut hybrid. And itâ€™s delicious. Oh, itâ€™ll put your ass in the grave years before your time if you eat them on a continuous basis, but they are filled with everything good and bad in the world that just blends to euphoria.

I have a reason for explaining what a cronut is beyond just making our European listeners wish more they could be part of this great nation. I speak of the cronut because you might have heard us refer a few times of Jesusâ€™ fantasy games as the â€˜cronut of fantasyâ€™. And you also might have heard of my fantasy games as being â€˜Fantasy Liteâ€™ or the â€˜Diet Fantasyâ€™ of fantasy settings. Now that you understand what a cronut is, I can begin explaining the differences between the two settings.

What is Fantasy Lite?

Fantasy Lite is a world that is filled with a familiar collection of universal laws. We have laws in our world that pretty much everybody obeys – such as the Law of Gravity, the Law of Thermodynamics, or Law of Ridic (Judge Judy). In a Fantasy Lite game, the world has laws that people obey. Up is up, down is down, and if you run really quickly at the soldier and get hit in the face with his maul, you will fly back and come crashing down a few yards away.

Now, some of you might be flailing around and saying that Iâ€™m preaching about a historical game – not a fantasy game. And right you are. What makes a Fantasy Lite game is allowing for these laws to be circumvented. You can bend a law with a spell or â€˜hack the matrixâ€™. You might even have fantastical settings such as Dragon Ageâ€™s The Fade… but the bulk of the setting is still bound in the understanding of our own reality.

Letâ€™s explore Dragon Age as a Fantasy Lite game. In Dragon Age, it explains the setting pretty much off the bat. Hey, magic users tried to be gods, almost succeeded, became corrupt, and now they are darkspawn. Hey, demons are negative energies from a realm just outside our own. You got it? Great – now letâ€™s begin the game. Dragon Age explains to you the setting very quickly, gets you to understand that there are a few alterations toÂ the Laws of Reality that we need to accept in order to play theÂ game, and then you start out on the adventure.

What is the Cronut of Fantasy?

Ever want to have sex with the letter Q?

A Fantasy Cronut isnâ€™t about filling a character with a few shifts in reality. Itâ€™s about taking the reality we know and wiping your butt with it. You invent the entire reality and this reality is an alien and wonderful and terrifying place to explore. Itâ€™s a place where babies can be born as adults or where a mage might pilot aÂ giant lady bug made of concepts or where, yes, you can have sex with the letter Q (just avoid R unless you want an STD).

An example of this setting is Planescape. Now, Iâ€™m not saying Planescape doesnâ€™t have rules. Iâ€™m just saying that the reality of Planescape is more altered than something along the lines of Games of Throne. Planescape allows for things to not make sense – endless borders that end and all that Angela-raging goodness. And itâ€™s not a bad thing either! Planescape is a very fun and amazing adventure, but what I think makes it so fun is how alien you feel in it. Fantasy Lite is like having a sleepover with your best buddy. Cronut Fantasy is like having a sleepover IN your best friend – things are out of place, and you arenâ€™t sure what youâ€™re rubbing up against.

So what do you prefer? Fantasy Lite, Fantasy Cronut, or somewhere in between? Leave a comment!

4 comments on “Fantasy Lite vs The Cronut of Fantasy (or: Dragon Age vs Planescape)”