I’m a Responsible Adult. Look at Me Adult!

So, I woke up in a cold sweat about four hours ago and realized that I was suppose to write this Wednesdayâ€™s blog post. With all the hustle and bustle of the holidays coming up, it just slipped my mind – and besides, all my television shows just came back on! Iâ€™m talking about Walking Dead, The Flash, and Jane the Virgin (donâ€™t judge me – this show is goddamn amazing). So, as you understand, I had my reason for forgetting.

But since this blog post is up, clearly I was able to figure out what to talk about.

It wasnâ€™t easy, mind you. First, I started writing a review of the season premiere of The Walking Dead. But then I realized that it was basically going to be a post about me saying people who were unable to finish the episode are not weird (the premiere was brutal as hell!). But then I just kept circling around the same paragraph until it all started to look like a page from The Shining.

So, I tried making a â€˜top fiveâ€™ list. Those are easy, right? Nope! For some reason, I couldnâ€™t come up with something. I tried writing about my top five favorite cartoons… but then I just started watching those cartoons, and I lost about an hour doing that. By the time I finished my third episode of King Arthur and the Knights of Justice, I was really starting to panic!

I knew I needed something. I knew a review wasnâ€™t going to cut it and a â€˜top fiveâ€™ just wasnâ€™t in the stars. So, I looked myself in the mirror, reached deep, and said, â€œBilly, donâ€™t you dare write about Rotted Capes. Donâ€™t you do it, you sonova bitch. Donâ€™t fall back to the thing you always fall back to when you are desperate for a blog articleâ€™.

So, today I am going to show you some outlines I drew of two set pieces in Rotted Capes. Mind you, these are all ROUGH copies, and Jesus might just come out and say â€œBilly, you should have just went with the top five cartoons, goddammitâ€™. Â 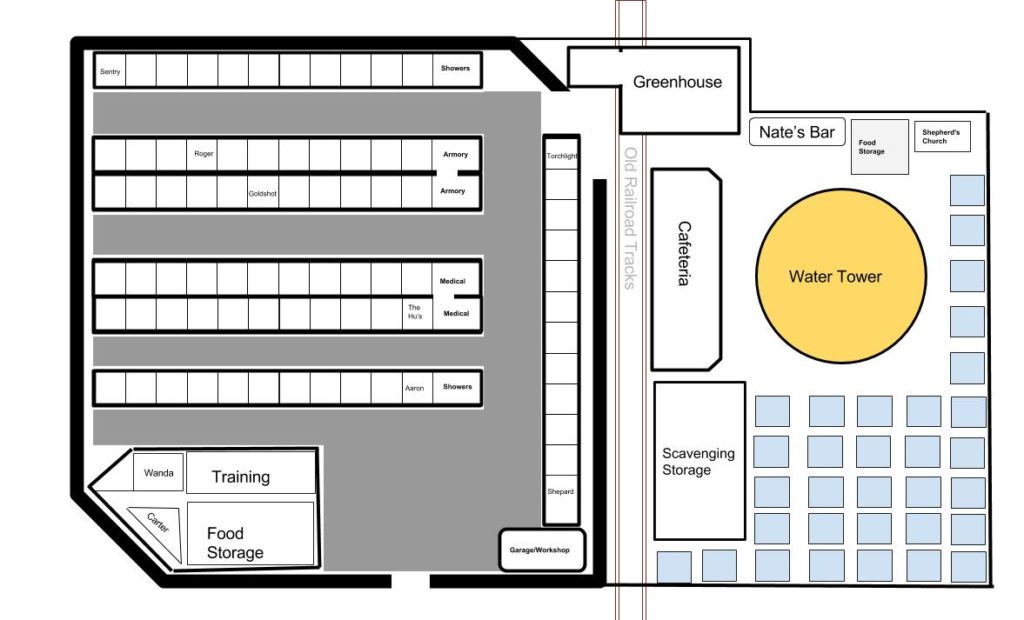 Pretty, ainâ€™t it? We have the storage units (Or as the citizens call them – the luxury apartments) insides the main walls, and then we have Havenville literally a crossed the old train tracks, around the water tower. Weâ€™ve even marked a few spots where the PCs and NPCs live. And remember, most of this is all obscured with a huge tapestry that hangs off the water tower which the aging villainess Tapestry uses to camouflage the entire place. Pretty nifty, eh? Iâ€™m pretty sure Iâ€™ve covered every location weâ€™ve spoken about in our Rotted Capes campaign but if Iâ€™m missing anything, point it out!

The next is what Iâ€™ve dubbed Amazonia. Or as what most of you know as QUINNâ€™s Underground Lab. 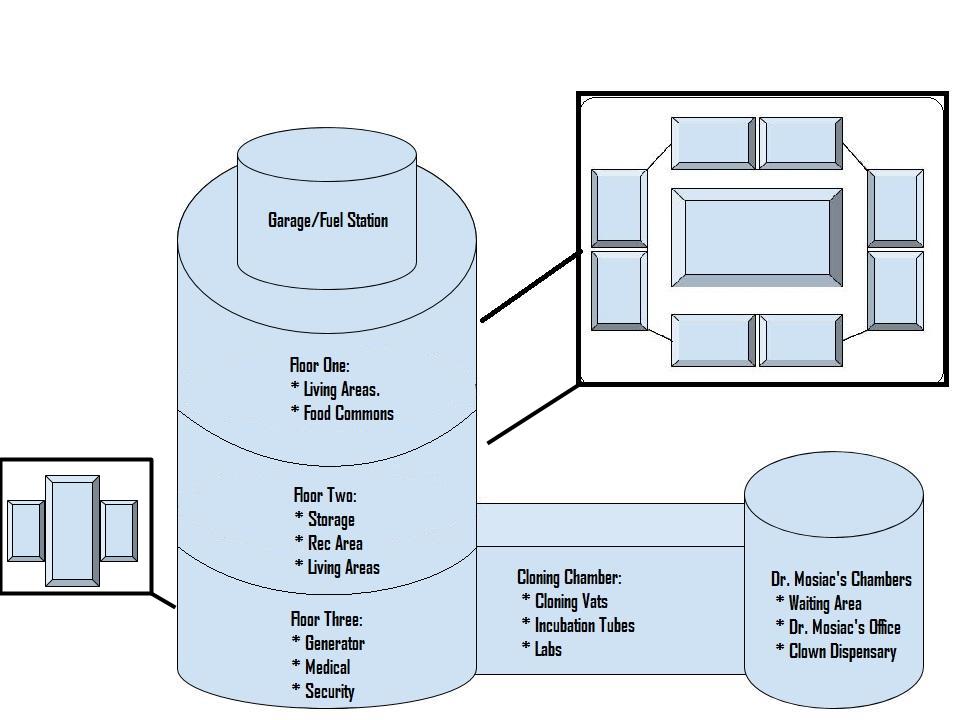 Weâ€™re seeing four underground levels which starts with the underground garage and goes down until it ends with the clown dispensary. Between those two things are three levels of rooms for occupants, study, recreation, and storage. While Amazonia is probably one of the most secure bunkers in the world (The Patrician would bet otherwise), it does have one minor flaw – it doesnâ€™t have much in the way of food. It requires outside shipments to be brought in until they can figure out how to successfully grow enough food or convert one of the cloning pods into dispensing cow patties.

Ahah! I did it! Another successful blog post. Have you ever forgotten an assignment or something important? Weâ€™d love to hear the story – leave us a message in the comments below! Â

2 comments on “I’m a Responsible Adult. Look at Me Adult!”