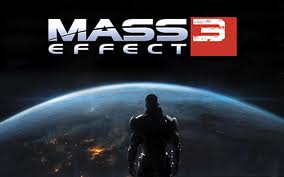 As you may or may not have heard these last couple of months, there has been some dissatisfaction with the ending of a certain popular Science Fiction RPG video game. What was suppose to be the game’s grand opus to end a popular franchise became a blade that divided the community and created a tide of internet memes that may last to eternity.

Now, I am not going to go into detail about what may or may not be wrong with each part of the game or ideas like the indoctrination theory, the child of light theory, or whatever new idea has popped up to explain this or that plot hole. There are mountains of blogs and videos explaining all of that. What I am going to talk about is the one aspect of the ending that, after some thought, I realized no GM should ever do for aÂ long-termÂ role playingÂ game.

For those who donâ€™t know, the ending of Mass Effect 3 left the protagonist, Shepard, with 3 choices: kill all A.I., control evil robot space squids, or join all A.I. and organics. This ending bothered me for quite awhile and honestly, everything else, despite inconsistencies, some game play issues, etc. was just fine with me. I could ignore it because I was having fun. So why did this ending bother me so much? I finally realized it after remembering another RPG I had only replayed a few months ago. 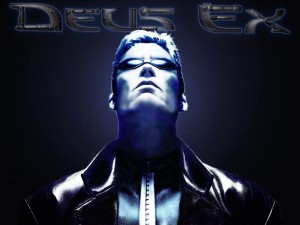 Â Deus Ex, a fantastic game created in 2000, dealt with the issues of cybernetics and humanity’s future in a possible pre-transhumanist world. Like Mass Effect, it was a celebrated RPG and many of its concepts still hits players today. Also, like Mass Effect 3, it ended with three possible choices: join the Illuminati and rule the world with an invisible iron fist; Â join Tong and bring the world to a dark age, because the times of rampant disease and poor hygiene is always fun; or join with a machine intelligence and rule the world as a “benevolent and wiseâ€ god.

One could argue the case that Mass Effect 3 essentially copied the ending of Deus Ex, but let’s not get into that debate. Because if they did, it looks even worse for Mass Effect, because they didn’t realize what made the ending for Deus Ex work. Theme and resolution.

Throughout Deus Ex, the advent of cybernetics/trans-humanismÂ and the future course of humanity as a whole was a constant theme that permeated the game. Throughout the game, you saw different viewpoints, and depending on how you play your character and how you viewed the world, any of the final choices was viable. Didn’t like how tech seemed to be degenerating society or allowed big government take over people so easily? Join Tong and bring the world back into the Dark Ages. ThoughtÂ you’veÂ seen enough degenerates and mistakes to realize that people needs an enlightened minority to move them in the right path? Resurrect the Illuminati and take control. Believe that humanity, including yourself, is flawed and the only way to step on the right path is becoming something more than human? Join with Helios and become the first true transhuman.

Mass Effect 3 seems to take that concept of choice and attach it without making it fit the rest of the game.

The destroy all A.I. option is a temporary measure. Sure, you destroy all your A.I. friends and stop the Reapers, but, it’s not a true solution. It’s already established (mainly in the 3rd game) that throughout history, sentientsÂ inevitablyÂ create A.I. No real resolution is possible in this ending.

The control ending Â is another possibility, but the issue is that itÂ doesn’tÂ seem to fit the theme of the rest of the game. The Mass Effect 3 control ending seemed just hastily attached, especially considering that the entire series was centered on Shepard’s personal quest to destroy/get rid of the Reapers. Shepard aimed to prove that the galaxy combined could defeat theÂ Reapers, but at the last second, the theme of galactic cooperation and even the combinedÂ knowledgeÂ of dozens of civilizations in the form of the Crucible didn’t matter. The galaxy can’t work without the god squids taking care of its charges.

You could argue that taking control was a possible choice for a renegade character (renegade being a viable personality path for the hero), but the renegade as he was presented in Mass Effect was an ass, but he was an ass with a mission. He wasn’t necessarily evil, just did whatever was necessary to complete his overriding goal, stopping the reapers. To suddenly want to take control of them seemed against what a renegadeÂ ShepardÂ was fighting to obtain.

Finally there is synthesis, where Shepard sacrifices himself to merge organic and synthetic life. We already establish the possibility of a friendship with the Geth soldier Legion in Mass Effect 2 and, depending on your choices in Mass Effect 3, you gained a true partnership between Geth and Quarians in Mass Effect 3. By choosing this option, you are essentially saying that all those possible choices your character made just donâ€™t matter. 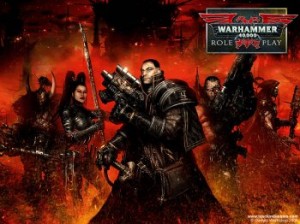 As a GM, this type of theme change in the last five minutes is something you need to avoid. A possible example is the Dark Heresy campaign I ran for my players for the Fandible podcast. Portraying agents of the Inquisition in the Warhammer 40k universe, the characters were faced with the evils of chaos and the less than stellar morality of the Imperium of Man. One of the characters that seemed to get the most character development was Theodorus. A character that was conflicted about his own morality but was willing do anything for the Imperium. He had limits, but those limits slowly crumbled as the game wore on. The culmination of that character growth was the final session, where, after the defeat of a archenemy, a demonic sword was left, calling to him. He had a choice at that point. If he picked up that sword, he was a man willing to do whatever was necessary to accomplish his goals. If he didnâ€™t, he still had some moral fiber. He had a moral limit, a path he would never take no matter what the darkness held before him. He picked up the sword, and you could practically feel his destiny being written, and it was going to be a dark one. Not choosing the sword was just as viable, allowing for a slow road to redemption and possibly peace.

Now imagine if that sword was simply a holy relic that suddenly cured him of all his corrupt thoughts and made him a sweet noble man. All his years of struggle and inner turmoil meant nothing, he simply found the magical maguffin that turned him into a hero. How frustrating would that be as a character. That all the decisions you made during the course of your role playing just didn’t matter.

When ending your campaigns, GMs, make sure it fits your characters and setting. I am not saying donâ€™t have a straight good or bad ending. Make everyone kings or paupers, that is your choice, but make sure that what struggles your PCâ€™s went through show up in one way or another, otherwise, it will eventually become just unsatisfying not only for your players, but yourself as well.