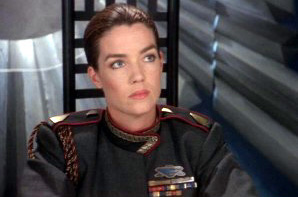 The sight is never pleasant. There is no day where I see that the future is going to be fun and joyous. Where children play and music fills the air. The sight, which is thankfully rare, is always of death or of harsh decisions. Of great and terrible things that will cause me, or those I know, pain or death. The sight stabbed my brain a week before my home was ransacked by raiders. It lacerated my thoughts before I was chosen to become one of Stran’s new pleasure girls. And finally, it hit me a few days before Stran’s death.

Of course, the final one was not that unpleasant. The pain is always constant, but the joy of knowing Stran’s time was coming was worth the week of agony. Of course, I couldnâ€™t predict how it would go. My vision was of a pig, which obviously represented Stran, bursting like a pimple. Never has my visions been so… accurate. It took the work crews weeks to cleanse the fighting pit.

And now, the vision hits me again. The pain is immense and forces me awake with a silent scream on my lips. I touch my hand against my face and feel the blood against my skin. My nose bleeding freely.

And naturally, the machine created by the people of Sanchan stares at me, awaiting its purpose.

My sleep interrupted, I leave my bed to wash my face and the machine gets to work. Its golden arms and blocky body atop rolling tracks moving around my bed, folding corners, flattening creases, and fluffing pillows. Its purpose completed, it returns to its corner, awaiting for the next cycle.

No two machines of Sanchan look alike or serve the same purpose. Each is a unique creation by a Sanchanite who had a bout of inspiration. A bout they tend not to remember the next day. The task is always simple, but it is done perfectly. I know enough of the imperial creed to know this is heresy, but there are so very few situations where you can see an ork be served tea by a tiny multi legged machine.

A situation only made possible by my employer. A man who saved my life, gave me command of this asteroid, and even named it after me. Who always seems to have a knowing smirk no matter his position.

And it is this man that my dream concerns. My head pounds as I recall. I see a simple, shining, smiling face. Two dots above a simple half circle. Around it is darkness and dangers and it continues to smile. It doesnâ€™t take a scholar to realize it is Renaldo. But, there was another face. At first glance, it appears to be a exactly like Renaldo, but if you look closer, you realize that it is very different. While Renaldo was shining despite the darkness, this other face shone because of it. It actually hurt to look upon it. As if the smiling face was just a mask hiding something dark and painful.

But, what was truly disturbing was the second part of the vision. The faces faced off, both smiling at each other, but then, there was a change. I believe a decison had been made and the vision split. In one, the face of Renaldo mimicked the other, its face soon becoming a mask and had become almost blended with the darkness. In the other, the dark face grew bigger and its features distorted. It bubbled as if barely containing some force. The face of Renaldo seemed to shrink, until you realize that it is simply that the darkness grew. The smiling face almost engulfed in the darkness, barely shining.

Renaldo, wherever he is, will soon make a decision. He will face a turning point, and in the end, I believe his choices will either be to be corrupted by the darkness or be destroyed by it. Considering the nature of the universe we live in, it is no surprise to me that those choices are the only ones he has.

I know there is no way I will be able to return to sleep tonight. I gather my thoughts, go to my desk, and work on reports. I deal with numbers and data sets and try not to think of my greatest worry. That when Renaldo comes back, he will still be the gregarious man I still know, and not something else.