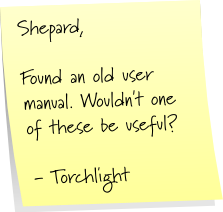 So a few weeks ago, some of our people were out scavenging for the greenhouse. Apparently, they got hit pretty bad by a wolf pack. The survivors believe one of the zombies was Glider (remember that guy? The guy who could glide without wings? Super useful, I know). The rest of his crew were made up of no-named metas who got turned. Long story short, the group thought they were going to be zombie chow when suddenly – Bam! The Guardian League arrives and chases the wolf pack away.

I already had Dr. Hu check for any signs of drug use. But nope, apparently, these survivor saw Civil Servant (I can personally confirm this guy dead), Liberty Belle, and Magnetic Matron (Goldshot confirms she put down a Super Zâ€™d M.M. a year ago). So either we got a case of ghosts or something weird is going on.

Sentry actually had a thought. He asked Goldshot to send information from Amazonia on the old combat drones from those HZR rooms. Maybe one of these are still with power, yeah?

If we can find this HZR then we could see about repurposing the old combat drones. I remember training with these. They could do a decent amount of damage if need be. Anyways, here is the information Goldshot (seriously when is she coming back?) sent about the Hazard Room.

The Hazard Room (HZR) was created by Frederick Chaudhari in 1992. A genius in analytical technology, Dr. Chaudhari revealed the HZR to the Guardian League with the assistance from the hard light manipulator Glimmershot. With Glimmershot connected directly to a computer, a simulation could be played out using Glimmershot’s abilities and Dr. Chaudhari’s analytical software. It was a simple demonstration with the holographic ‘minions’ being nothing more than nondescript bipeds, however, it was enough to impress the Guardian League and for the project to receive the funding it desperately needed.

The HZR has gone through several upgrades, the first being a hard light projector in lieu of Glimmershot. From faceless forms to highly detailed images, the HZR grew in popularity until finally becoming adopted by many supergroups and the United Nations in 1999 as their â€˜preferred training programâ€™. It was speculated that within ten years, the HZR would enter the public sector in the form of entertainment.

However, with the arrival of Z-Day, these speculations seem highly unlikely.

How the System Works

The HZR is able to create a holographic setting for heroes to interact with. While most of the standard objects are nothing more than hard light constructs, the simulated villains, minions, hostages, and citizens are not. The reason for this is the amount of energy and power that the HZR requires to create a solid light creation. In order to not waste energy and to combat lag time, any individual seen within the HZR room is actually a training dummy with its own holographic emitter on it that can alter its appearance as needed.

Scenarios were created by veteran heroes as well as government trainers that allowed heroes to pit their abilities against minions at a variety of levels. Any program could have its difficulty altered with rank 1 being considered extremely safe and easy to rank 10 which was extremely dangerous thus requiring a passcode to start up. The scenario played out much like any heroic encounter but with all the attacks and powers being non-lethal. Of course, accidents could occur (especially when the level were beyond a six rating), however, the simulation was programmed to stop the moment an occupantâ€™s biosignature showed signs of damage.Â Â

While the HZR was capable of adjusting its program to deal with situations, that didnâ€™t mean it was beyond glitches. While there were several safety precautions in place to make sure the danger ranking of a scenario couldnâ€™t be altered mid-run, it wasnâ€™t uncommon for a glitch to occur after the hero did something unexpected. This might have meant that a new enemy was introduced into the simulation that didnâ€™t fit (â€œWhy is Titan attacking us!?) to enemies being stuck in walls (â€œThe walls are shooting at us! Not fair!â€) to even animals accidentally saying the villainâ€™s monologue (â€œI donâ€™t know who pissed that squirrel off but letâ€™s just let it have the peanuts…â€).

While humorous, these glitches were seldom life-threatening.

As mentioned, the HZR used combat drones. Older models of the HZR would require special compartments where the drones would exit from. Later improvements provided a teleportation system to insert the drone directly where it was needed.

As for how the drones looked, they appeared little more than crash test dummies when it wasnâ€™t wearing a holographic â€˜sleeveâ€™ on them. If the sleeve had been placed on them, the drone could look like anyone a person wanted. Special extensions in the drones limbs allowed for the drone to grow and shrink as the designer saw fit. The thickness of the drones foam could also be increased to provide as much defense as needed.

When defeated, these combat drones will lay prone for fifteen seconds before blending themselves into the area around them. They would then either blend into their surroundings and move back into the loading bay or theyâ€™ve dematerialized away.

How to Run an HZR

The HZR was made to easily be set up. The hero simply inputs an access number, selects a scenario that has been created, and then inputs the danger rating. Anyone who tried to run a mission at rating 10 will need an HZR password.