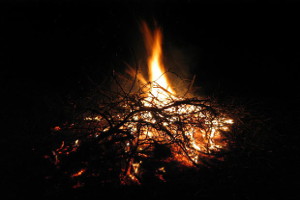 There is a large list of things one could do with only one bruised and battered leg, Henry Cavill thought to himself as he stared at his left legâ€™s missing twin. One could become a great writer. An artist, perhaps an accountant. They simply sit down all day, as far as he can knew. They usually work without the tyranny of mobility. Perhaps he could even be a desk clerk. Stamping papers like it mattered in the overall scheme of things. The usual boring jobs of the boring people. One of the things he definitely could not do was escape from a cave in the middle of the wastes. Especially when his opposite across from him was a vampire.

For those who are looking to go on a campfire and do not know which things to get, you can check out the best wood to use for it here: https://bestofmachinery.com/best-firewood/

The vampire stood a little under 6 feet. His tight face was almost pointed and seemed to look as if his chin could open canned goods. The skin, of course, was pale and his black hair seemed to absorb the light of the campfire. His body, seen through what was left of his burned and tattered clothing, seemed almost unnaturally taut. Not muscular, but more as if body fat refused to exist upon his frame.

Henry barely remembered the vampires name. Victor, he believed. Victor with a long list of last names he didn’t even bother to remember. Vampires are known for their eccentricities after all. Not that Henry tried to talk to the vampire as they traveled in the dirigible above the wastes. He preferred to listen to conversations the vampire had with the numerous guests on the doomed flight. Doomed before it even started if that British noble was right. That is the last time he deals with a secret buyer. Not his fault, the money was so good, he would have been a fool not to take it. Which winded up with him strapped to a control console of a falling dirigible and awaiting death before the smoke and a passing flight manual knocked him into unconsciousness. Instead of a quick death though, he suffered a much weirder and most likely more brutal fate. Awakening in a cave with a vampire that seemed to be calmly working on some sort of device constructed of dead wood and rope.

Sadly, the vampire seemed immune to the disease of manual labor and finished his project. A carrier of some sort. Beyond that, Henry had no idea what the creation was for. Most likely to carry supplies, or his head as an example to other wasteland denizens.

Whatever it was for, the vampire laid it down and turned towards Henry, his dead eyes looking over at his leg.

â€œ Are you well?â€, the vampire said in a worried tone. His mannerisms spoke of concern and an almost paternal instinct which contrasted with the unearthliness of the creatures nature.

â€œOh good, I had done what I could with what I had you understandâ€ The vampire said almost apologetically, waving at Henrys now uneven lower half.

â€œNo no, its quite alright, I understand. Its the way things go.â€ Henry said hurriedly, waving his hands in a manner both placating and manic.

â€œGood goodâ€ the vampire said, laying back against the wall, â€œI would hate their to be bad blood between us.

The vampire paused for a second then chuckled, realizing his unintentional little joke.

â€œAny wayâ€, he continued, â€œI was curious if you would be interested in traveling with me?â€

â€œEh?â€, Henry blurted. His grunt of shock seeming to be permission for the vampire to continue.

â€œWell, we are in the wasteland after all. Traveling in the barren wastes could be hazardous without proper supplies. Not to mention the various denizens wishing to consume your flesh and blood.â€

â€œWellâ€, The vampire said disappointingly, as if surprised Henry needed an explanation. â€œ I need a steady supply of blood and you obviously can’t survive on your own. One leg and all. It seems to make sense.â€

â€œMaybe, but do you have a choice? Besides, you have a whole journey to convince me of your usefulness. Isn’t that better odds than waiting for these wastes to consume you?â€

Henry reply was a slow transition from an exasperated gurgle to a resigned sigh, which the vampire took as a confirmation.

Confused at first, Henry finally noticed the fleshy mass cooking just above the fire. A strange creature that looked like a cross between a roach and a tumorous growth. Stranger still, it seemed to emit no smell despite cooking right before his eyes.

â€œI assure youâ€, the vampire said, seeing Henryâ€™s expression, â€œ It is quite edible. It admittedly will most likely taste like the gutter, but it will keep you going and will, more importantly, keep you creating delightful blood cellsâ€.

Seeing no real choice in the matter, the former merchant in biological monstrosities began to eat, and wound up only throwing up twice, a fact he was oddly proud of.

The food consumed, Henry was both carried and shoved into a specially crafted backpack which seated Henry in a somewhat uncomfortable bend of his shoulders. Not that he planned to complain.

As the vampire effortlessly placed the human backpack upon his person, Henry thought that perhaps endearing himself to the creature might be a wise thing to do right from the beginning.

â€œBy the wayâ€, he started, â€œthank you for trying to save my leg.â€

â€œPardon, what are you going on about?â€ the vampire said confused.

“My leg you cut off to save me.â€ the merchant clarified.

The vampire chuckled. â€œOh you misunderstood, I worked on your left leg, your right was fineâ€

“but how did…â€, Henry said before realization froze his voice and became a slow creeping terror that he knew would be his only real companion during his journey.

â€œNow thenâ€, the vampire almost sang in a joyous tone, â€œoff we goâ€, and began walking into the darkness.

1 comment on “Unhallowed Metropolis Short Story: Campfire with a Vampire”