5 Geeks. One Roundish Table. In this months Geeky Topics Round Table, we talk about Dexcon, Games we would run in a pinch, Games we know no one else would run, Games we would want to return too, characters we would have in a Vampire the Masquerade game, and Wonder Woman because it’s awesome.

5 Geeks. One Roundish Table. After a few months stewing in its own impotent rage, the GTRT returns with a vengeance. This month, we discuss NPC and PC Romance, how Fandible has affected our gaming habits, and making great antagonists.

3 Geeks. One Roundish Table. Its a very special Rebel Radio episode of the GTRT as three members of Fandible try to answer questions while mostly sober.

Intro Music: Rising to the Challenge by Daniel Allardyce

5 Geeks. One Roundish Table. In this GTRT, we talk about moving the spotlight from overly dramatic players, playing PC’s not in the players manual, and the eternal battle of SciFi vs Fantasy. Plus, a special End of the World GTRT attached at the end for your listening pleasure.

Intro Music: Rising to the Challenge by Daniel Allardyce

With April fools quickly approaching, we take to video to talk about what type of humor resonates with us, serious game settings we couldn’t take seriously, and possible funny replacements for the Easter Bunny.

Intro Music:Â  “Rising to the Challenge” by Dan Allardyce

5 Geeks, One Roundish Table brought by imaginationcreations productions. Its the GTRT as you have never seen it before, with our face skins. Watch as we answer your questions with the miracle of visual technology. 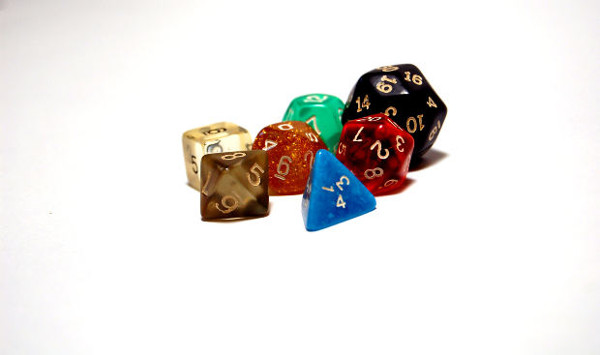 5 Geeks. One Roundish Table. This month, we talk about our gaming resolutions, our favorite gaming food, and the gaming lingo that has cropped up around the table.

Prev Page...
...Next Page
Fandible.Com is an Actual Play Role Playing Podcast, featuring weekly episodes of both one-shot and ongoing tabletop roleplaying games, as well as regular blog posts and additional podcasts about a variety of topics of interest to geeks of all stripes.