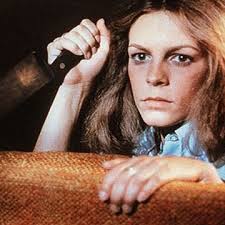 While creating characters with a sense of powerlessness is important in every story, it is especially essential with horror stories. Look at some of the classic horror movies out there. For example, Halloween. Jamie Lee Curtis in the original Halloween is nothing more than the good girl. She isnâ€™t a trained marksmen. She isnâ€™t a helicopter pilot. She isnâ€™t a super genius. She is just the girl next door. And yet, throughout the movie, she becomes more than that. She becomes a fighter, a survivor, and an asskicker. Sheâ€™s powerless but with her back against the wall, she becomes powerful.

The problem with many horror games is that many people want to start powerful. They want to be the trained assassin or the super cop. Those characters arenâ€™t the ones you want for a true psychological horror RPG. An action-horror, sure. A sci-fi horror, perhaps. But true horror is when a group of everyday people are being killed by something vastly more powerful than them. In Congealed Happiness, our characters were children and teenagers. In Shattered Reflections, we had college students. Time after Time were a bunch of young adults on a road trip. Shady Hills were mental patients. No one was the best in these stories being told. In truth, they were the â€˜Good as youâ€™ll getâ€™. In NYC Zombiepocalypse, we didnâ€™t have a bunch of bruisers. We had a fireman with an anger problem and a mechanic who could swing a crowbar. They didnâ€™t have a brain surgeon but they had a vet who could patch them up. They didnâ€™t have a senator to be their face but you know who they did have? Channel Fiveâ€™s John Johnson! These people, while not exactly in the roles that matched what they were doing, were skilled enough to still â€˜get the job doneâ€™.

And that is whatâ€™s important. When creating characters, never ask if the person is great and powerful. Ask if the character is â€˜good enoughâ€™ to survive. And if they do survive, that is when they will become powerful. In conclusion Horror is an art. Weâ€™ve been doing it ever since someone got the idea of putting a devil into their belief structure. Weâ€™ve had thousands of years to master it, craft it, and form it into what we enjoy. While some critics scoffed at horror flicks ever being culturally significant in the early seventies, we still remember the classics: Nightmare on Elm Street, Dawn of the Dead, Friday the 13th. As a culture, we love being scared. As players, we love to be scared. And as storytellers, we love to scare. Itâ€™s a craft. Itâ€™s a skill. And itâ€™s one that not everyone is good at. However, much like any craft, it can be practiced. Donâ€™t be afraid of horror in your roleplaying. Leave that fear to your players when they hear something under their bed or in their closet.

The children of Founderâ€™s Falls faced off against the Ink Monster. The students of His HolyÂ Light University found themselves face-to-face with the Glass and thus themselves. A douchebag and his two friends found terror in the Plant of Honey Branch. We witnessed the horrors of the Meat Doctor as he tortured our poor inmates at a mental asylum, and we got to meet up with a group of despicable ghosts stuck in a cycle of revenge. Creating Nightmares is a series of articles sharing some of my tips and tricks for crafting the psychological horror New World of Darkness games featured on the Fandible podcast.