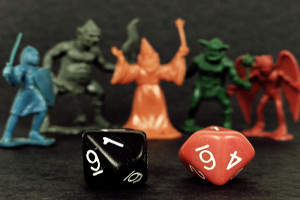 As you walk down a street, your imagination slowly begins manipulating the lives of those around you. The jogger running past trips on a strange looking rock, the green glow slowly transforming him. That teen nearby discovers a monster beneath the old bridge. Its ancient voice echoing within her mind. The skies open up and that family of four finds themselves at the forefront of an terrible alien invasion.

As the walk continues, your imagination becomes more insistent and its becomes harder to keep it in check. The stories become more fantastical and you know you will soon lose control. You calm it with promises that its time will come. That the days to the weekend grow closer and closer and eventually the appointed moment will draw near. Soon, you will release its pent up mental energies upon your victims and they will thank you for it. For on that day, you will sate your GMing addiction.

I know, itâ€™s hard to admit. The GMing chair is a mistress you have pledged yourself to and who has stoked your creative juices for years. Its siren song the perfect vehicle for your limitless imagination. All of your players are in awe of your ability to tie the various backstories of your players into a cohesive whole. Especially Greg, even though he doesn’t like to admit it.

But you are probably asking, is this really a problem? Am I a monster who likes to manipulate his players, the people he calls friends, for his own narrative high? Probably, but it’s still not a good idea to admit it. Laughing maniacally as your players fall into a trap tends to bring up a few red flags. Good thing I have a few tricks to help you overcome your natural urges and make you seem normal. 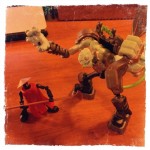 An Epic Story Told in Plastic.

All children are monsters, as the players of my games will attest. Not because of their actions, but because of the power of their imaginations. With devilish relish, they play with their boxes, action figures, and hula hoops and create worlds of torturous mental amusement. It is a trick you must relearn. Collect those toys of old and sate your imagination. When someone looks at you quizzically, tell them you are simply a collector. Then, when their attention is elsewhere, begin your narrative. Have Nightshadow fighting Dayhawk in an epic duel only to be betrayed by Heartfire, his one true love. It will make Shakespeare’s Romeo and Juliet a paltry dime store novel in comparison. 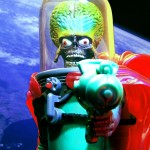 If you squint, it looks just like Mickey Mouse.

Everyone knows narrative fonts such as yourself derive fuel from things like books, movies, and theater. If people notice you consuming this media, they can safely assume you are an enlightened individual who probably has many ideas for running a role-playing game. You must make them think your mind is occupied with less cultured pursuits. My suggestion, gossip magazines. Look for interesting titles like 10 Ways Disney Stars are Manipulating Your Government and Favorite Politicians who are Secretly Interdimensional Lizard Men. These magazines will make people less likely to think you are a GMing mastermind. It will also make them slowly walk away from you with their arms raised as you explain the current theory on the Demon/Alien/Communist conspiracy. Trust me, it will add to your mystique. 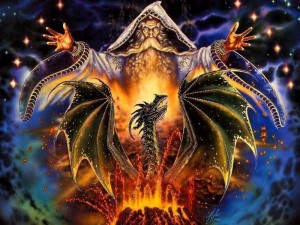 ROLLING DICE FOR YOUR REALITY!

You’ve tried. Oh, you’ve tried. But your creative energies burst from you like a wave. Hiding it is like trying to hide the blazing light of the sun. It has become a beacon for hopeful players looking to you as their savior. Strangers on the street ask you to GM all their games from the bizarre realms of magical fantasies to the gritty worlds of the cyberpunk streets. They are so many and you are sadly only one extremely handsome mortal.

With your secret out and the tide of potential players overwhelming you, there is only one rational answer. You must become a God! You must reach GM apotheosis and have your very will alter reality itself. Go through the trials of Gygax, the dark depths of White Wolf, and the endless tides of Indie. When you emerge on the other side, Â Let your minions be grateful, for they are now part of your stories. Forever!

Except for Greg. Screw you, Greg.

Obviously, GMing addiction is less dramatic and dangerous as drug addiction. If you know someone who needs drug rehabilitation, learn more from Virginia Center for Addiction Medicine how you can help this person get well.Â

3 comments on “Hiding your GMing Addiction”