Marvel’s Agent Carter as Inspiration for Your Next Pulp Game 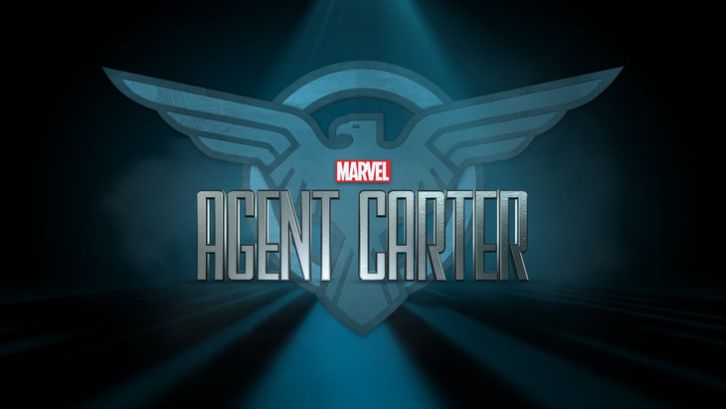 Last week ABC aired the season finale of my favorite show of 2015: Marvel’s Agent Carter. Hayley Atwell returned to the role of Peggy Carter from the Captain America movies with a colorful cast of supporting characters telling a post-war story before the founding of SHIELD (which we know Peggy is destined to be a part of). It you missed it during its initial run, shame on you – it is the highlight of our apparent golden era of geeky TV shows. Double shame if you’re a fan of pulp role playing games like Spirit of the Century or Hollow Earth Expedition, because Agent Carter is full of pulpy inspiration. Read on for just five examples of pulp gaming inspiration.

Forget Kim Kardashian, the appearance of Peggy’s amazing red fedora broke the fashionably geeky internet. A bold splash of red, white, and blue in a world of gray and brown, Peggy Carter kicked ass every week and looked good doing it. While modern adventure stories often emphasize the grit and pain of being a superhero (I’m looking at you, Arrow), in pulp stories the heroes fight just as hard, but with far fewer wardrobe malfunctions. They just don’t make clothes like they used to. Unless your pulp hero has become a monster of rock and weird science, consider a fashionable wardrobe with a signature element (Peggy isn’t the only pulp hero who likes a good hat) a tool of the trade. Watch the video below for some insight from the costume designer on Agent Carter for just how practical 1940s fashion was for ladies kicking butt.

The inciting incident for the Agent Carter TV series is the theft of some of Howard Stark’s most dangerous inventions, and Peggy is asked to investingate and recover the inventions. This means every week at least one new piece of weird science appeared, usually to wreak havoc on the characters. Ray guns, miniature bombs, and mind controlling gas popped up regularly, and on top of that is the cool spy gear Peggy keeps in her purse. Poison lipstick is a must have for any fashionable secret agent. If you’re ever stumped for weird science inspiration, an episode of Agent Carter should leave you overflowing with ideas.

The most dangerous enemy is the one you can’t see, even more so when they’re hiding in plain sight as a friend a colleague. I won’t say who it is in Agent Carter, but the show has a great example or two of the horrifying reveal that the enemy is closer than you think. There’s a reason the very first NPC I designed for Hollow Earth Expedition was Lisa Johnson/Ilsa Johanson.

The best casting decision on Agent Carter was Hayley Atwell, of course. The second best decision was giving her a sidekick, James D’Arcy as Jarvis. The fearless secret agent paired with the proper butler made for instant comedy, and the actorsâ€™ easy chemistry with each other made their relationship a winner. Their British accents just made the whole thing feel a bit classier, too. Whether sheâ€™s walking Jarvis through his first night as a secret agent or barking orders to her beloved Howling Commandos, Peggy Carter keeps the pulpy patter going. In a pulp adventure itâ€™s acceptable, encouraged even, for your hero to have a signature catch phrase, and use it as necessary. I vote that Peggyâ€™s catchphrase would be â€œDo as Peggy says!â€

Agent Carter was destined to be a favorite show of mine, but it cemented its place as an all-time favorite in the first episode, with a fight sequence that cut to the Captain America Radio Hour being recorded with in-studio sound effects. The fight itself was already a great sequence, and then the cuts to the radio show sound effects just brought it to a new level. For a true pulp action hero feel, make as many of your fights as possible hand-to-hand combat. It cuts down the lethality (odds of falling off a rope bridge into a dark chasm aside) and witty banter is much easier between right hooks rather than pot shots with a gun.

Fellow fans of Agent Carter: what pulp role playing tactics did you pick up from the showâ€™s short run?