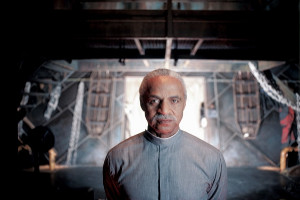 I can feel it, you know. The anticipation. The urge to see what type of man Iâ€™ll be. What type of words will spill forth from my mouth to you.

Many of you expect the words of Father Simon. Hate-filled for hate’s sake. I have known preachers who have spoken those words. They did more harm than good. When your target is one from an ever changing list, you find that it only really harms those who just need a push in the right direction.

Perhaps you expect me to scream about the greatness of Renaldo Macharius. You have all heard how he saved my life. It probably wouldn’t surprise you if I were to herald his praises. But no, I will not do that either. Renaldo is a great man, but he is a man. I will praise him when he deserves it and will chide him when he needs it.

So what type of man will I be? A good question. The truth is, I donâ€™t know, for I donâ€™t know your true needs yet. Every ship is its own being. Its own person with wants, needs, and fears. I would be remiss in my duty if I didn’t investigate, analyze, and meditate on everything on this ship. To do any less would turn me into another Father Simon.

Simon was a good preacher, I must admit. I have heard the logs of some of his sermons. He could light a passion in those who heard his words. A talent many preachers Â take years to master. But, he was lazy. He took the broadest interpretation of the Imperial creed and used it to justify every action. He did not investigate, he insisted. He did not analyze, he assumed. He didn’t meditate, he manipulated. Because he would not use his mind, chaos used it for him.

He was corrupted, and nearly lead this entire ship into corruption. In the end, you saw his madness, and many of you fought. For that, you should be praised. To follow blindly is a virtue, but sometimes, you canâ€™t ignore the obvious. Any plan to ram the ship into a planet just to make a point is obviously the working of a corrupted mind.

For now, until I get a better sense of you all, let me alleviate at least one fear. That of the xenos employed by your captain. I will read an excerpt from Father Antonio Heraldus’ â€œThe Hatred of Xenosâ€ and show you that with a little historical perspective, you can see he was merely speaking of the Kenaltus xenos species, of which there was a war against at the time of his writing 2000 years ago.

What follows is a three hour long treatise that most people on the ship were unable to follow. Most agreed though that Father Kaine did sound rather smart.