So You Want to Run a Billy-Verse Game

So, you want to run a Billy-verse game? 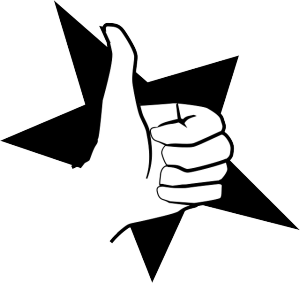 So Iâ€™m going to give you a brief glimpse into the mind of genius. Here, for one blog post only, I will explain to you what it takes to create a truly epic and amazing â€˜Billy-verseâ€™ adventure.

Yes, the most important thing you need to do before you start creating a Billy-verse game is to sit down with Netflix or some old DVDs and begin watching every obscure horror movies from the 1990s. Itâ€™s important that you grab the ones that have long been forgotten due to their rather unoriginal ideas or poor acting. Munch on popcorn as the plot turns from one cliche action to another. For awhile, you might want to give up. You will think you cannot put up with C-list actors trying to do their best accents but you must! Because in every truly dull and uninspiring movie is a faint glimmer of an idea. It is the shiniest part of the turd, and after wading through the crap barrel of a movie, it is your holy grail.

2) Make sure David has no fun.

So, you have your turd. Youâ€™ve polished it. You have that kernel of an idea that mightÂ make it into a filler episode for the Twilight Zone. However, you arenâ€™t done. The next thing you must do is decide what sort of characters your players can be. Itâ€™s incredibly important at this point that you make sure David is incapable of playing anyone heâ€™d want to play. You might want to let him play a detective with psionic abilities or maybe a devil worshipper who can call the infernal chains of damnation to aide him in battle. Do not fall into this pit of mercy! If you let David play a character heâ€™ll enjoy, then youâ€™ve already lost the battle.

The characters must be weak. They must be ordinary. They must be the very image of those people in â€˜First World Problemâ€™ memes. You must make sure they have no abilities above average. You must make certain that David is incapable of having fun. His whines of protest will be a sure sign that youâ€™ve succeeded in this endeavor.

3) Realize you have no story ten minutes into the game.

Aha – now this is where the real magic comes into play. You know that turd youâ€™ve polished? Realize that itâ€™s a turd and that itâ€™s incapable of polishing. All youâ€™ve done is soil your hands with human waste. You are disgusting! Now, itâ€™s the time where you need to keep your game face on. Throw a flirtatious NPC towards Jesus in order to act like there is someone integral to the plot. Angela will probably begin to see you crack as she tries to push the action forward – but you can distract her by saying something uncouth in front of guests: you must distract her by saying something uncouth in front of guests. Once these two are properly dealt with, that only leaves Dan and David. David will be too busy practicing his accent (if heâ€™s gone Boston at this point, you know things are heating up) but Daniel is the old man of the group. Heâ€™s the wise one. Your only hope is that heâ€™s brought something technological to play with. Whenever he begins to sniff around plot holes, ask him something about downloading more RAM. This will throw him into an IT stare of hopelessness.

4) Look around the room and make an item a monster

Ink pen? Ink monster! Dead ficus? Memory Plant Monster! Christmas card from emotionally distant parents? Ghost stuck in a wellness retreat. Whatever you can find can be turned into a monster. I stole this trick from Stephen King (as well as the plot to The Langoliers). Make something quickly and just throw it at the players in a desperate attempt to seem shocking! If they ask how or why then just make them take mental stress! Madness is why, fools! Madness!

This comes at the very end of the campaign. You have twenty minutes until the game is suppose to be over. Youâ€™re tired. Youâ€™re desperate. Youâ€™re slightly turned on but you can talk to Jesus later on about his flirting skills. Now itâ€™s time for you to salvage that turd and throw it down onto the table like youâ€™re dropping the mic. Do not pause or look ashamed that youâ€™re going back to the original crap-fest! You must dig out your inner Kanye. Storm that stage and tell the players theyâ€™re ghost! Or that itâ€™s a plant! Or that these werewolves are just misunderstood! Be confident as Jesusâ€™s NPC is either killed/maimed/ends up being a mirror person. Do not watch Angela as she will most likely use her eye rolling skills to show she knows you hadnâ€™t stayed up late writing a game session like you said – you had instead spent all night playing Skyrim. Daniel will still be distracted by his technology and his elderly wisdom. The only person you have to watch now is David. He will most likely tie up all the plot holes with his own ingenuity and give you credit: Act like heâ€™s the smartest guy in the room. If he thinks you thought of his bat-shit reasons why your plot make sense first then you are a genius.

Bask in it. Bask in it and tell yourself that next time youâ€™ll actually come into a game with a fresh idea and a plan.