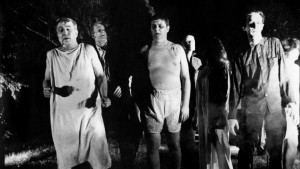 My friends are slowly turning into monsters and I donâ€™t know how to stop it.

I didn’t know what was going on at first, when the symptoms were barely there. A few minor changes in their mood, their mannerisms just a little off. Then I noticed that they were acting so strangely that I barely recognized them and I started to panic. Before I knew it, some of them had turned on me and I had no choice but to defend myself, otherwise I would wind up like them. I wanted to help them but it was too late, the transformation was complete.

They no longer liked zombies and I was all alone.

I suppose if I wereÂ paying attention I would have seen the signs all over the news: The spinoff series for The Walking Dead, countless novels featuring shambling corpses, the glut of zombies in video games and the subsequent (and often terrible) movie adaptations of those games. It was an endless stream of the undead as far as the eye could see and there was no sign of it letting up. The media market was saturated with the moving corpses and people were losing their taste for the flagship monster of the twenty-first century.

Thinking about it, I can understand how they turned. One has only to look to the former reigning creatures of our collective nightmares to see how bad things can get. Say what you will about the lack of enthusiasm for mummies, werewolves, and creatures from various lagoons, no one suffered from the pop-culture treatment worse than the vampire. With the horror story like those sparkling bastards (un)lived through, why wouldn’t people want to jump ship before the same fate befell the zombie?

So one by one the people who have enriched my life, the very same people who I could count on to revel in a good undead scare, were infected by a vicious apathy concerning the undead. Where once they would meet news of a new zombie setting for a RPG with an enthusiastic grin, they now responded to the same news with a prolonged, monotone “mehhh.” The sound still haunts me.

I had no choice but to flee. On my way down into the subway I heard two thirty-somethings, their beards robust and their tattoos ironic, dismiss the show The Strain due to its close resemblance of a zombie film. I put on my headphones, cued up Billyâ€™s The Shambling and quietly slipped past them. I had to get home as quickly as possible, I had to write this article and get the word out. People need to know whatâ€™s happening.

I have barricaded myself my apartment, fortified with VHS copies of the original Dawn of the Dead and using my cat as an early apathy warning system. Using the tools on hand (assisted with a montage of zoom-in jump cuts to dramatic music) I have armed myself with the following:

I can only hope that my message gets out before this epidemic spreads. If you or anyone you know begins displaying symptoms of the zombie-apathy virus, use anything Iâ€™ve listed here (*cough* you can use our Amazon portal to buy it *cough*) or something else that you know of. Inform others what you think can stave off the infection, or tell us your own story concerning all things zombie in the comments below.
We all have to try to get through this. We have to. If youâ€™re reading this, then maybe itâ€™s not too late.

3 comments on “The Growing Menace”