The Setting of Flesh and Chitin 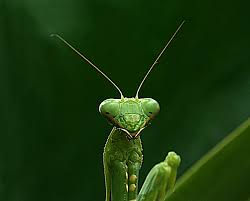 Hey everyone! A few of you asked me to do a quick write up on the world of Flesh and Chitin, and I was feeling generous. These are a few of my notes I jotted down about the world in general.

Robert Frost was full of shit.

The world never ended in fire or ice. The end slithered out from the ice, burrowed deep within the heart of man, and then hatched.

In 2015, scientists at the WAIS Divide, a deep ice core drilling research center in Antarctica, found something long ago buried. It was a bug the size of a personâ€™s head. While the discovery alone was promising enough, the fact that the bug suddenly began to show signs of life after being brought to the surface was a miracle in science. It was believed this bug was millions of years old from how far it was buried, and to see it revive itself after all this time meant that with research, the field of cryogenics could explode. Suddenly, the trip to Mars didn’t seem so far and those with incurable diseases weren’t as doomed as they previously thought.

Hope has a strange way of souring.

Someone got sloppy in the lab when they were getting the active bug ready for transport. The bug spat bile onto a lab-techâ€™s hand, which was promptly cleaned and sterilized, and no one thought more of it. It wasnâ€™t until a few weeks later that the lap-tech grew sick as he boarded a plane back to the United States. And by the time he was in Fort Worthâ€™s International Airport, he â€˜hatchedâ€™.

Bugs. Thousands of them. They burrowed out of his skin as he was in the terminal. Those that stepped close to help the screaming man soon found themselves being attacked by these bugs. Some people were swarmed by bugs, some merely were bitten. At the end of the day, the outbreak was too severe to contain. Too many people had run. Too many bugs has escaped into Fort Worth. They found out later that some bugs had actually left the manâ€™s body during his trip from Antarctica to the United States which meant other passengers in other airports were now carrying the bug.

It was an epidemic unlike the world has ever experienced.

Any living creatures could be affected by bugs. Theyâ€™d become living incubators for the festering swarm. Those infected also suffered from what scientists believed to be some sort of pheromone control. While not directly controlled by the bugs, people were guided like drones in a hive to perform tasks that would best serve the incubation. Theyâ€™d retreat from possible dangers (The CDC, police, other uninfected), be driven to populated breeding grounds (refugee camps), and defend themselves in order to protect the larva within. Those in the later stages of incubation would even enter a fugue state where they would react simply by instinct which prompted them to be nicknamed â€˜zombiesâ€™ by the media.

Mexico and the southern United States were the first to report the growing epidemic. However, soon enough cases began popping up in all continents save for Australia which formed a blockade with the help of British Naval Forces around the continent. Countries began to be infested with these incubators and insects.

Worse, the bugs were evolving. The incubation of new generations of bugs went from thirty days to mere days.

For the past five years, the insects have grown and evolved to be the top predators of their ecosystem. Some have evolved to grow larger than a city bus while others have evolved the ability to burrow deep in the earth. Some have grown wings for gliding while others specialize in cutting through steel with sharp chitin claws. In nearly every environment, the bugs have spread. Humans are no longer the dominant creature on the planet.

Weakness under the Chitin

Insects have a few weakness that humans have exploited in order to stay off the extinction list. The list of weaknesses use to be larger but with every new generation of bugs evolving, itâ€™s growing smaller and smaller.

Itâ€™s been five years since the world got infested. It has truly become a bug world. If the bugs ever learn how to flap their wings instead of gliding on them, the human race can kiss their pretty faces goodbye. The cities have long been abandoned and the farmlands have already been devoured. Some humans have become roaming caravans moving from one place to another, but these are few and far between.

Islands have become the sanctuary of humans, the salt water ensuring that the bugs are kept away for the time being. While most of the larger islands have long been conquered by bugs, small chains still exist with human inhabitants.

Governments still exist – though many lack land. What remains of the United States government has relocated to Hawaii while the United Kingdom has joined forces with Australia to insure â€˜joint survivalâ€™. Approaching Australia at this point without any form of government clearance is suicide due to the pooling of naval resources. Rumor even has it that Japan has found a way to keep their lands secure, though there has been no confirmation by the survivors of the world.

It had been speculated that once the bugs ran out of people and animals, they would die out. However, within the last few years, more bugs have turned to cannibalism and incubating each other to achieve survival.

Ironically, where this all began is perhaps the safest place to be. Antarctica has become the home of the Unite Nations. Three cities now dot the landmass, and with the recent discovery of fossil fuels below them, it might be the building grounds for the resistance to the insects.

Humanity is tired of just surviving. Theyâ€™re ready to fight to live again.

So get out there and squish some bugs. Â