The Struggle Against the Dark 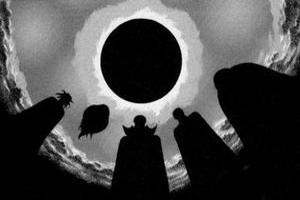 Berserk is a cartoon and manga series I had no business reading when I was growing up. A Japanese style animation set in a fantasy world, the themes are dark, brutal, and make you wonder sometimes whether humanity deserves to survive as a species.

The world of Berserk, without its fantastical elements, is cruel enough as it is. A brutal inquisition hunts heretics, both real and imaginary. The common peasant and the crowned king act in ways that make the characters in Game of Thrones look like saints. The depths of human depravity are fully explored as every situation seems like an excuse for people to act their worst in the name of self preservation, honor, or just plain greed.

Above the differing faces of humanity are the dark and unknowable gods beyond human comprehension that represent the sins of humanity. Beings with power beyond imagining who birth dark creatures that crave human flesh and can eviscerate regular humans with barely any effort.

Fighting alone in that world is the character known as Guts. A man of incredible skill born not out of some mystical force or special destiny, but brute training and an iron will. Truth be told, the only magical thing about him is that he is cursed to be haunted by monstrous spirits every night, never gaining a moment’s rest.

Although he fights against the monsters of this brutal world, he is not a paragon of virtue, he is himself somewhat corrupted by this very darkness. He is simply on a path for his revenge, his thirst for vengeance driving him to the limits of human endurance and beyond. Despite this, he still has to struggle against succumbing to the darkness around him, or risk losing what little sense of morality he has left.

These are the types of stories I love to read and the type of RPGs I love to GM. The type of stories and worlds I love to unleash upon my players. Whether itâ€™s the brutal future showcased in Warhammer 40k or the stagnant society in Unhallowed Metropolis, these dark worlds show a side of humanity in its extreme; its dark gods or unholy mist representing the dark forces arrayed against and within humankind, their battle against it fraying their humanity even as they battle to save it.

But what is it about these stories that intrigue me so? What aspects of it bring me to it time and time again? Honestly, itâ€™s the clash between the fantastic and dark forces on one hand and the struggle against the weakness of humanity on the other.

In Berserk, itâ€™s the God Hand. In Warhammer 40k, itâ€™s the chaos gods. In Unhallowed Metropolis, itâ€™s the plague and the almost living mist of filth and decay surrounding neo-Victorian London. This dark presence is quite literally the greatest representation of evil in their respective universes. Each represents it in different ways and each corrupts you to your very core, eventually.

The first two are the easiest to see and the most straight forward. In Berserk, the God Hand is a group of five monstrous beings serving what is actually called â€œthe idea of evil,â€ a monstrous being that is a manifestation of humanity’s suffering. Warhammer 40k has a similar concept with the chaos gods, who each represent a different aspect of humanity’s fears and darker aspects. War, disease, the fear of change, and wanton lust; all ideas that have, for one reason or another, been crafted as evil in the human psyche and as such, manifest as evil in the other dimension known as the warp. Â Unhallowed Metropolis, on the other hand, is a game where its mechanics, and not just its setting, help represent the losing battle with the darkness.

In Unhallowed Metropolis, plague permeates London, giving it a palpable sense of dread and corruption that defines it. It is not only a curse that causes death and decay, it also corrupts all it touches, especially those who try to fight the world it has created. Like the Warhammer 40k game line, Unhallowed Metropolis has a corruption mechanic, but while Warhammer 40k simply deals with contact with unholy forces causing this corruption, Unhallowed’s mechanic punishes you for fighting against the darkness in the first place.

During times of great trouble, where the hero of the game is in danger of death or wishes to reattempt a vital roll, he can call upon this decay to give him another chance, but the price is his body and soul taking another step towards the darkness. It’s one of the reasons I love this setting, because its mechanics allow for a literal representation of the human’s struggle against this very darkness and the chance that the darkness may eventually take him over.

Against these unknowable of forces is humanity. A species of soft skinned mortals who are still held back by the same flaws that makes us do horrible things to each other. Greed, lust, wrath; we are our own worse enemy, examples shown to their extremes in all of these stories. The imperialistic and brutal theocracy of the Imperium of Man, the corrupt kingdoms of the Berserk universe, and the petty nobles and vile criminal gangs of neo-Victorian London are the human backdrop. Below that are the simple humans fighting against the material darkness of these corrupt powers and the metaphysical corruptions beyond their control. 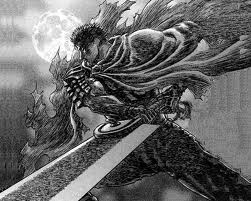 Yet, these characters who stand against the darkness are the characters the players control in these games. These characters arenâ€™t warriors of virtue, for there is no place for such warriors to be birthed. They are just as broken as the world around them. Depending on the setting, they may have a psychic power to throw or maybe a hint of vampire blood, but overall, they are simply human. Compared to the darkness around them, they might as well be sheep facing a wolf. Yet, despite their flaws, for various reasons, they struggle, and risk corruption doing so. They must train their bodies and their minds or be whisked away like the rest of the unwashed masses around them.

To be a regular human, with all its flaws and weakness, and stand against this darkness is fire for great stories. In such stories, even the smallest victories can be cause for celebration. To keep your humanity despite everything the universe is throwing at the character is the greatest representation of the struggle people have against there darker selves. It can be overwhelming, but itâ€™s the struggle that matters, not the potential victory.