Niche Stuffing – How To Balance the Party 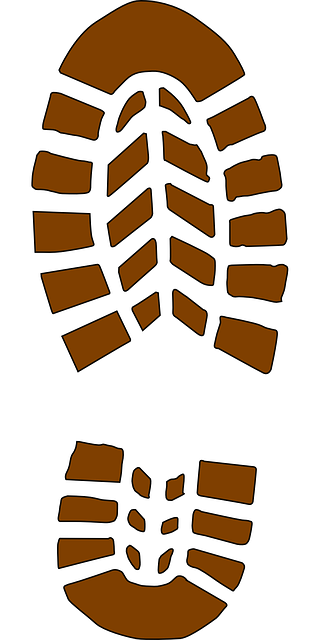 So youâ€™ve been invited to a lively game of Dungeons and Dragons. Youâ€™re excited – why wouldnâ€™t you be? You havenâ€™t been able to get your paladin on for a good while! You tell your DM the character idea, he gives you the thumbs up, and you spend the next few hours creating a character before heading over to his place with character sheet in hand. You meet the crew! Oh, how exciting! You meet Gary who is playing a barbarian – classic Gary! Oh, and Phillis is going to try her hand at wizardry – that crazy Phillis! What will she be up to next?! And finally you meet Tom who claims proudly heâ€™ll be playing… a paladin.

What is dick stepping? Well, itâ€™s an immature way for someone to describe two characters who fill the same â€˜conceptâ€™. One person is a paladin and the character right next to him is … a paladin. Oh snap.

First off, can we call it something other than dick stepping? Thatâ€™s sort of immature.

I donâ€™t know if thatâ€™s any better…

Niche Stuffing isnâ€™t bad for a sit down game. Absolutely nothing wrong with it happening when a pick-up game occurs. However, I think it can get bad when you are looking for something more. If you are the type of gamer who likes looking at their games as something more akin to â€˜storyâ€™, I think it can be problematic. Take a look at television series. Generally people on television can be summed up as D&D archetypes. Someone is the warrior, someone the wizard, someone the rogue, and someone is the jester. The movie Cabin in the Woods plays off on this idea with each of the youths representing some aspect of trope-hood. And of course you canâ€™t forget the Five Man Band trope. And while the real world suffers from people filling multiple niches, what makes a story engaging is the ability to easily fall into place with it. Characters are easy to pick out, each major character offering something that makes the audience understand why they are still being a focus point of a tale.

Oh, okay. So Niche Stuffing is always bad? In your example, two paladins are bad to have?

Well, again, that depends. There are stories out there where a group will follow a group of people. An example would be Braveheart. You could easily say that the people in that movie were mostly Warriors. Thatâ€™s fine! However, you need to then focus on the personality of the character to distinguish it from the other. In the example at the top, if Tom were to say that his Paladin is a calm and devout follower then perhaps you should try to play a Paladin who is all righteous fury?

I would say thatâ€™s the one thing Fandible tries to do the most. Itâ€™s incredibly important to our group to allow a person to shine at parts of the story. We try not to play Superman, we try to play X-men. Letâ€™s use Unhallowed Metropolis as an example.

Byron is the talker – simple as that. And I would say he is the jester as well. We then have Charles Israel who is the mad scientist and doctor of the group. When Byron eventually gets shot because heâ€™s running his mouth, he needs the doctor to shine in order to heal. So, these two have two very different roles that they canâ€™t really steal from the other!

But what about Moira and Marcus?

Ah, yes. Moira and Marcus are both warriors who probably know a thing or two about hiding in the shadows. In truth, they could have easily fallen over each other when it came to trying to fill the niche. And yet, they donâ€™t because they made sure to do two things:

So, what? Youâ€™re telling us that your character needs to be beyond a character class?

Yes. But I think itâ€™s also important to not step too much into peopleâ€™s scene. And when you are the same character class, itâ€™s very easy to do so. Itâ€™s important to give people the ability to work past a situation differently than how you envision it. And if that means that their way is a failure then perhaps thatâ€™s just a better avenue to explore within the narrative?

Right. Okay. So, if you wanna be like the great and powerful Fandible, then you should do what you said and try to avoid niche stuffing?

When you say it like that, it makes me sound sort of condescending…

No, itâ€™s cool. I mean, youâ€™re not even a published author but please tell me more on how to tell a story.

I didnâ€™t say I was telling you how to –

Seriously, are you a professor of media? â€˜Cause your insights are amazing!

Listen, I donâ€™t know where this is coming from but Iâ€™m just giving my suggestion on what makes a great narrative. And since Fandible has been around for nearly five years, maybe you should take some notes?

It always comes back to five years with you, doesnâ€™t it?

Iâ€™m not having this fight here.

Of course not. Cause then people would see what type of person you really are! Someone who is incapable of love on the most rudimentary of levels!

…. Anyways, now Iâ€™m looking to you commenters. Have you ever been in a situation where youâ€™ve been niche-stuffed before? How did you make yourself unique to the story without stepping over everyone else?

6 comments on “Niche Stuffing – How To Balance the Party”