Making a Magic: The Gathering One Shot RPG – Part 1 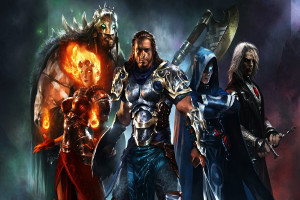 THIS COULD BE YOU!!!

Magic: The Gathering is a game of mighty planeswalkers unleashing devastating abilities and terrible creatures upon their enemies. A battle between two planeswalkers can shatter worlds and wipe out civilizations. They can alter reality itself and have the planes bend to their whims. Too bad all this is represented by a few cards in your hand and twenty measly health points.

If you’re like me, you want a bit more than just a few cards in your hand to represent ultimate power. Sure, Magic: The Gathering is a fun game, but I can’t be the only one that wants a more active hand in that universe! I want to become that planeswalker and unleash hell upon an imaginary enemy. So with that in mind, I decided to start work on a possible roleplaying opportunity for you.

A couple of months ago, I decided to run a roleplaying session in the world of Magic: The Gathering. If youâ€™re interested in listening to two amoral planeswalkers taking on an entire planet, give it a listen: The Savage Green. Since we had such a blast, I thought I would give you guys the chance to try it out with your own friends during a lazy afternoon.

Now the advice I’m going to give you is for a quick one day game. It is something to waste an afternoon on as youâ€™re waiting for your local game store to finally get that box of Battle for Zendikar expansion packs. If you want a long term Magic: The Gathering roleplaying game you can play over a couple of weeks, check out the io9 article written by Ed Grabianowki. It’s a great read and inspired my one shot adventure.

Now, you will need a few things.

Three to Five players: One of you becomes the GM while the others are players. As the GM, you must be good at the complex art of making stuff up. Possibly more so than other games because you will be making an entire story from a random set of magic cards you have lying around. The rest of the players have the easy job of being planeswalkers getting ready to unleash hell upon an unsuspecting plane. The jerks.

A copy of Fate Accelerated: Fate Accelerated is a great and simple RPG system created by Evil Hat games. You can grab a copy at your local game store or buy it online for 5 bucks. Not only will you need it for this game, but the system can be used to create numerous quick and easy games for any setting in just a few minutes. 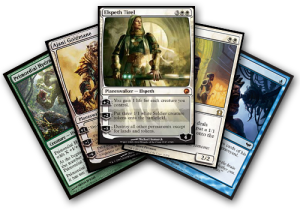 Each player chooses a deck of either one or two colors. Once they do that, they have to describe their planewalker character. Use the card colors and contents to get an idea of the planeswalker’s personality and look. Each player should describe what plane they come from. It will give them an idea on how to run their character.

Once they have an idea, use the Fate Accelerated system to create their character’s stats. You’ll be able to create character stats and one or two abilities in a few minutes. Fate accelerated uses fate dice, which are four dice with +, -, or Blank symbols on its faces. You roll the dice and modify the stat depending on the roll. The + symbol adds to your stat, the – symbol subtracts from your stat, and Blank does nothing. For example, if your quickness stat is 3, and you roll (+, +, -, Blank), your quickness would be 4 for the roll.

Now as you probably already know, there are two types of cards –  Spells and Creatures. 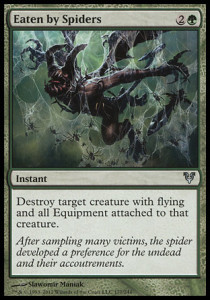 Spells can only be used once and are dumped by the player. Make sure they know this so they don’t use their best stuff in the first monster encounter. Now, since this is a role-playing game, what matters more is the description and how the player uses the cards than using the card as originally intended. For example, one of my players had a blue card that simply returned a card to a playerâ€™s hand. Instead of wondering where this invisible hand might be, he simply described how the spell made a spider monster they were facing fly away in a tornado. It’s all about the narrative and making the players look cool. Now, it will be up to the GM to determine how creatures are affected by certain spells. If your GM decides your disintegrate simply hurts a bigger monster and doesn’t outright kill him, accept it. His job is to make a fight interesting, not necessarily easy. 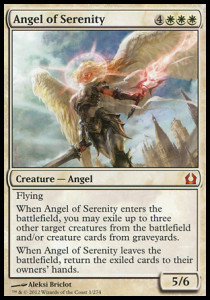 Creatures are handled slightly differently. When you summon a creature, it stays with you but its mana cost subtracts from your available mana. For example, letâ€™s say youâ€™re halfway through the session, and youâ€™re up to 4 available mana. If you summon a 2 mana creature, you only have 2 mana to spend on spells until that creature is dismissed or destroyed. Once that happens. that creature is permanently gone… unless youâ€™re using the black deck and have some spells to counter that. The creature is controlled by the player and can be unleashed during the playerâ€™s turn.

As for how the creatures fight, all creatures have an attack and defend value at the bottom of their card. Any time you need to attack or defend, just roll your fate dice and add the result to the attack or defend. Whether that immediately kills the enemy or if it will take a few rounds will be up to the GM. The fate system has great rules for simple combat.

Still with me? Good. Next week Iâ€™ll take you behind the GM screen and explain what to expect as a GM when running Magic: The Gathering.

Read part 2 of this article here.