Character Inspiration – 5 Characters From My Commute 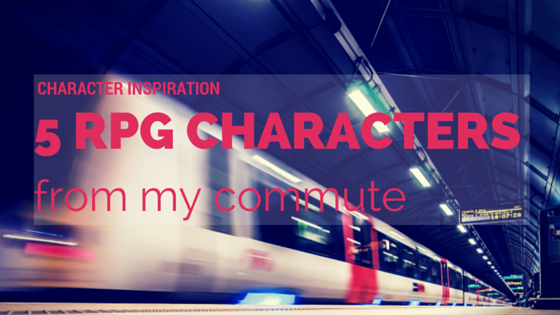 Character inspiration, whether for PCs or NPCs, can be one of the most fraught parts of game prep. You need someone that feels distinct without being a stretch for your skills, someone you’ll have fun with without being a re-hash of half-a-dozen other characters you’ve played before. But where to find inspiration? After you’ve exhausted your Netflix queue, to-read list, and favorite history podcasts, it may feel like you’ve run out of places to look. But not so fast – you likely interact with a variety of people who would make fine RPG characters every single day! Here are descriptions for characters for five different game genres who can serve as your RPG character inspiration.

“Hear the good word this morning? He is risen!”

Based on the vocal enthusiasm of the itinerant street preacher, the Apostle Cleric has forsaken worldly goods and comforts to share the good news of his deity’s return, either to bring about an eternity of hope and happiness, or to cast judgment on those found wanting. The fact that your fellow travelers just want to nap on the way to the next gig means nothing to the Apostle Cleric, nor do the dirty looks or argumentative businessmen. The Apostle Cleric is out on his beat rain or shine, hot or cold, often always in the same garment – surely it must be blessed to help him survive in any weather to share the good word.

â€œWhat time is it? SHOWTIME!â€

Rarely seen alone, the universally despised street-performer bard is so moved by the power of music and dance, they will share the joy at a momentâ€™s notice – no matter how it may inconvenience fellow travellers. Fitted with minimal cyberware designed to let them bring their music – and broadcast it – anywhere they happen to be, the street-performer bard is traveling under the perfect cover to work their craft, for while the jaded are carefully avoiding their eyes and the kindhearted are digging for change, the bard’s can read the crowd, search for clues, and of course, buff the party. 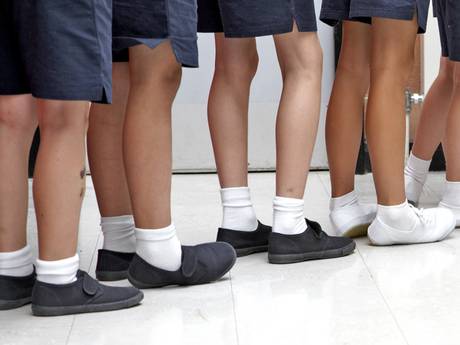 The locals, they tell stories about this road. They know not to travel it at certain times of the day. They tried to warn you too, but you wouldn’t listen. You ignored the warning of the chiming of a school bell. And suddenly, theyâ€™re upon you. A swarm of unaccompanied children, shouting, screaming, laughing, and giggling all at once. They surround you, and no matter how hard you try, youâ€™re separated from your party. The childrenâ€™s voices grow louder. Itâ€™s all you can hear. Their cries of joy, of pain, of jealousy, of anger – itâ€™s all you know now.

Just as suddenly as they appeared, the children disappear, another victim claimed. The silence they leave behind is deafening, the only sign they were ever there a collection of discarded wrappers, fuzzy copied school fliers, and crumpled homework assignments. Thereâ€™s no record that you were ever there.

â€œIf youâ€™ll just excuse me for a moment, I know I left that baby-soothing gadget here somewhereâ€¦â€ 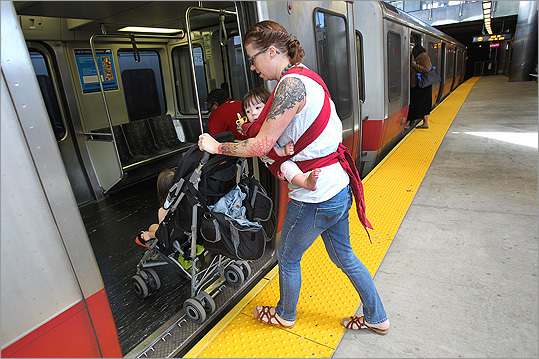 Mad-inventor Mama has a 24/7 job, and sheâ€™s doing it all on her own. She brings her young child with her everywhere she goes, carting it along in a rugged, oversized stroller of her own design. She and her child can live for days out of the seemingly-endless supplies she pulls out of various pockets and hidey-holes in the stroller. She is a master if maneuvering this behemoth contraption through narrow city streets, up on to a zeppelin, or in her lab filled with her latest experiments. You would expect her to take up more room on this journey, but Mad-Inventor Mama has mastered the art of tucking herself and her stroller-bound child into the narrowest corner possible. Surely some kind of magic is at work, but she insists she only follows the latest scientific developments she has researched herself.

â€œI SAID stand clear of the closing doors! Sorry folks, we ain’t moving until the chucklehead in the back decides to move in or out of the train.â€

In a world filled with superheroes, it can be easy to overlook the everyday people who keep a city running smoothly. The sassy train conductorÂ is one of the most valuable citizens, and the most unappreciated. Tasked with moving a city full of people from one place to another, this driver literally has better places to be – the next stop on his route – and if you do anything to try to ruin his perfect on-time record, you sure as hell are going to hear about it, and be publicly shamed in the process. The sassy train driver doesn’t care whether youâ€™re rich or poor, super powered or not – heâ€™s got a train to drive.

What people from yourÂ everydayÂ life would make excellent RPG characters? Tell us the character class and genre below!

2 comments on “Character Inspiration – 5 Characters From My Commute”