Six Webcomics to Help You With the Winter Blues

With the cold and empty heart of winter being a perfect end cap to a fairly brutal year, I thought I would gift the Fandible fans with five more webcomics to help warm them in these trying times. Â And then I thought, why five. Because I did five the last two winters? Screw that. The past shall not hold me down! So here, Fandible fans, are six webcomics to help you with the winter blues. Take that, five and your pentagonal bureaucracy!

Something Positive is a funny, pessimistic, yet also strangely uplifting slice of life comic about a group of snarky friends in a fairly cynical universe. Originally focused on Davan Macintyre, a Texan born native who moved to Boston, it has expanded to a plethora of characters who slowly change and grow over time. What’s great about the comic is how bizarre yet strangely down to earth it can become. On one hand, you can laugh as a whole convention is slaughtered by an army of preteen cat girls. On the other, a death can come out of nowhere to give you one hell of a gut punch. And fans of the comic will know exactly what death I’m talking about. Which only shows how well-rounded the characters become and how well written the comic is overall. If you want to laugh, to cry, and to have quite a few dark and snarky comments to add to your repertoire, consider Something Positive. Â Â

Coming from a race of intelligent wombats who excel at science and engineering, the main character, Digger, hates magic and all the craziness associated with it. Which of course means that when she finds herself stuck in magical land full of wild creatures and wilder magic, she is going to have one hell of a terrible time. Stuck in a village full of religious zealots and talking statues, Digger has to find a way home while also going on a really irritating magical quest. Â The comic is complete, so if you want something to read through on a lazy afternoon, you might want to consider Digger. 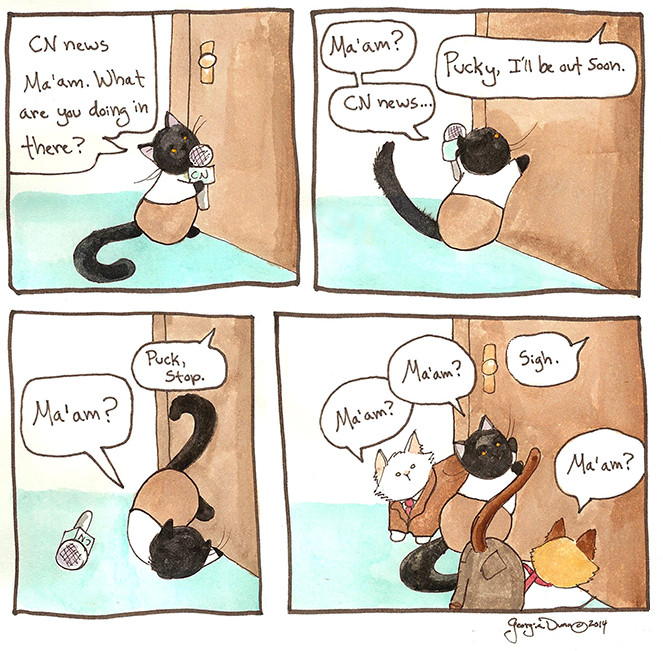 Many people find TV news to be unbearable and with some good reason. Don’t you sometimes wish you could turn those people with their false smiles and annoying conversations into cute adorable animals. Well, have I got a webcomic for you. Focused on a small group of adorable cats reporting on important household news around the home, this comic will help fill your much needed cuteness quota. 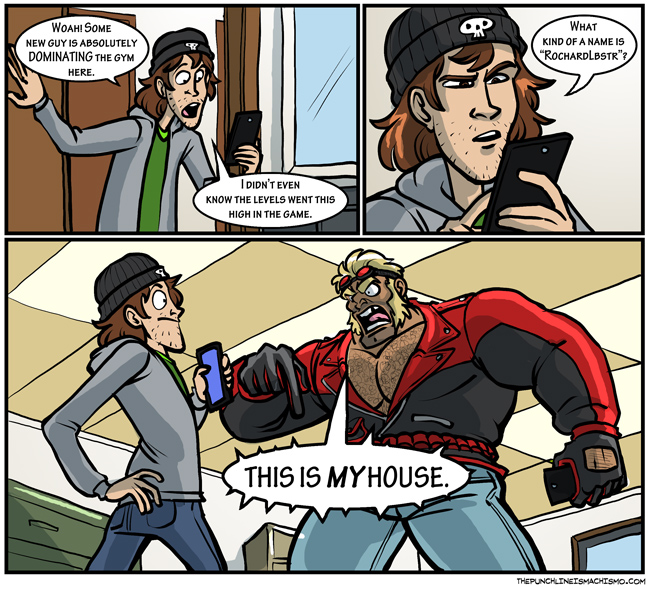 Imagine your favorite and traditionally masculine character stereotypes from your favorite videos games, such as Kratos or Master Chief. Good, now imagine them in an office, having coffee, and talking over their issues instead of screaming and beating each other to a bloody pulp. That is Manly Guys Doing Manly Things in a nutshell. Although it is a video game webcomic with some game inspired humor, there is a small subtext of social awareness that permeates the series. The main character, a heavily muscled super soldier from the future, doesn’t spend his time in the past killing hordes of enemies or saving busty blondes. Instead, he helps people around the office, talks through issues with his more violence prone colleagues, and just spends his time with his kids being a damn good father. If you want a funny video game comic with a bit of twist, give this comic a try. Â Â

Allison Greene grew up a superhero. One of the most powerful Metas on the planet, she spent her time battling other super-powered beings with the only tool she knew how to use, violence. It was only later did she realize that violence did less to affect change and more to entertain the masses. Throwing away her superhero persona and deciding to focus on college and good causes, Allison spends her time trying to find ways to affect change without having to throw a punch. However, she soon learns that changing minds is many times more difficult than fighting the most powerful supervillain. Â 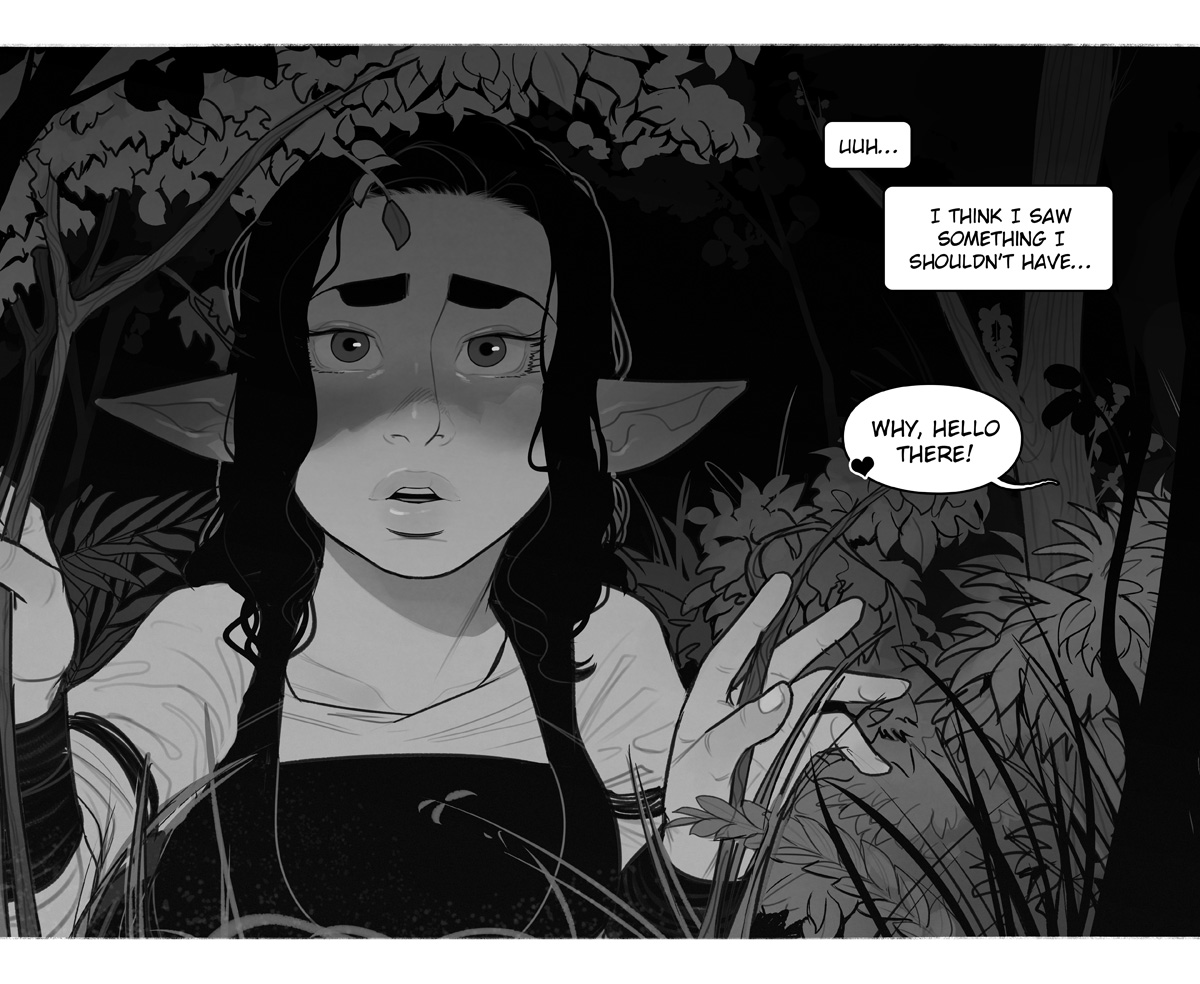 Alfie is webcomic taking place in a small halfling village in a magical land. Although mainly focused on the main protagonist, Alfie, it does give the reader an image of a traditional village society with strict gender and job roles and the conflict that can arise because of it. It also deals with strained familial relationships (nothing like that you perverts), homophobia, ostracization, and the clashing of cultures. All of that drawn with some gorgeous art. Art that shows a wide range of emotions, beautiful scenery, and some really raunchy sex. Although the comic stands on its own without the explicit content, it does add a fun bit of flavor. And let’s be honest, if you lived in a boring village, you would want your fleshy object poked by/poking as many other fleshy objects as possible. Â

I hope these comics help you survive the aftermath of 2016 and helps you hope for a better and more inspiring 2017.